AT&T was quick to announce the storage options for its upcoming HTC One and now we know why. The AT&T HTC One will evidently be the only variant, at least at launch, with the larger 64GB storage option leaving those on Sprint and T-Mobile with the 32GB HTC One.

In February, AT&T, Sprint and T-Mobile all announced the HTC One. At the time, the only carrier to announce any kind of specifics in regards to the storage options was AT&T. The carrier pronounced that it would carry both the 32GB and the 64GB models of the device. Sprint and T-Mobile on the other hand remained mum and now, it’s clear as to why they did. 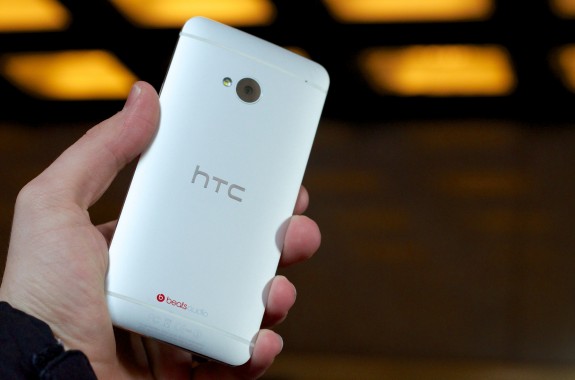 The AT&T HTC One features a carrier exclusive.

AT&T, in a new promo video for the HTC One, proclaims that it will have an exclusive on the 64GB HTC One. It’s unclear if it’s a permanent or temporary exclusive but this, at the very least, likely means that the Sprint and T-Mobile HTC One models will only be available in 32GB for at launch. For those that are looking for a ton of space, this might complicate things as the HTC One comes without a microSD card for expanded storage. Instead, users are left with the on board storage space and the cloud. 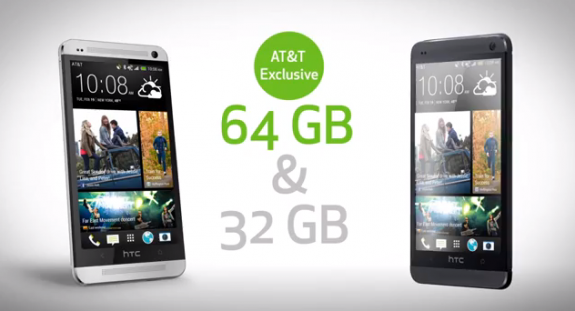 Sprint and T-Mobile seem to be out of luck with the 64GB HTC One.

It’s unclear how this might affect the launch of the Verizon HTC One, thought to be coming soon. The Droid DNA, the device that the HTC One is thought to be replacing, only has 16GB of on board storage space.

The release of this teaser video comes shortly before the start of April, the month that carriers in the U.S. are expected to release the delayed HTC One. None of them have confirmed specific dates yet but we’ve heard late April is the target at this point.

The HTC One is HTC’s flagship smartphone and it comes with a 4.7-inch 1080p display, quad-core processor, Ultrapixel camera, Android 4.1 Jelly Bean and HTC Sense 5.