The new Aio Wireless offers inexpensive monthly plans with no contracts, just like other MVNOs. The new carrier’s plans start at $35 per month. That includes unlimited talk, text and data, but that plan only covers feature phones.

Plans or smartphones on Aio Wireless start at $55 per month for the Aio Smart plan. Aio Smart includes unlimited data with a speed cap at 2GB (after 2GB the data speed slows down) and unlimited talk and text. Smartphone users also have the option to pay $70 per month for the Aio Pro plan which gives users high-speed data for the first 7GB of data they use each month. 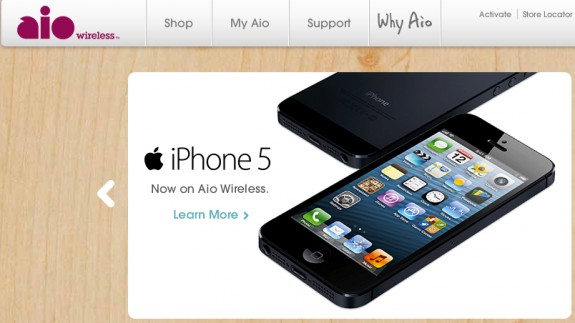 Aio Wireless offers a selection of smartphones that covers iOS, Android and Windows Phone, though the only high-end phone it offers runs iOS. The MVNO offers the 16GB iPhone 5 for $649.99, the same price Apple charges for the unlocked version of the phone.

The Aio Android lineup include the Samsung Galaxy Express for $249.99, Samsung Galaxy Amp for $99.99 and the ZTE Prelude for $49.99. The phones range in size from 3.5-inch (Prelude) to 4.5-inch (Galaxy Express), and all run Android 4.1 Jelly Bean. The represent the low-end and mid-range of Android devices.

Aio users also have the option to bring their own device to the carrier. Any phone that works on AT&T’s network will work through the carrier.

The new carrier also supports tablets with $10 a month plans that includes just 250MB of data. The carrier only offers one tablet: the ZTE Zelox, a 7-inch Android tablet.

Aio is currently only available in Orlando, Tampa and Houston, though it will expand to more cities over the next year. Recent rumors about the MVNO said it will launch in more cities starting this June.