Today AT&T announced the company plans to offer up the new LG G Flex curved smartphone on January 24th, a week ahead of the rivals at Sprint. Last week we confirmed Sprint will have the G Flex for $299 starting January 31st, and now AT&T is up next, which means we should be hearing from T-Mobile shortly.

Multiple reports and leaks have stated the device is set to arrive on all US three major carriers aside from Verizon, and we’ve now heard from two of them. However, January 24th is only a pre-order date for AT&T, and not an actual release date, as AT&T has yet to offer an exact street date for the new device. 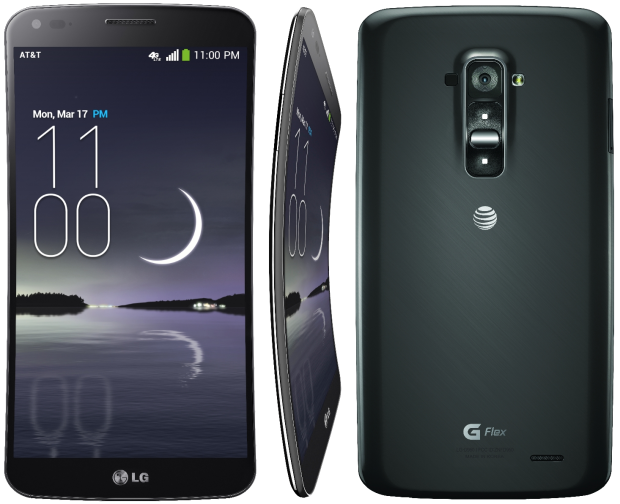 After getting our hands on the LG G Flex this year at CES, we have a feeling it could be a successful device. Offering up a massive display, the latest and greatest specs and features, and a curved screen that is more durable that most readily available today.

As a reminder the LG G Flex sports a 5.9-inch 720p HD display that’s covered in a durable and flexible plastic, rather than the fragile glass we’re use to having on a device. Not only is the screen curved, but it can be bent and flattened so won’t break when accidentally sat on, or other situations. LG’s put a lot into making the device durable, but we’re hearing mixed results after long-term wear.

You’ll be powering through Android 4.2.2 (with no sight of KitKat) with a 2.26 GHz quad-core Snapdragon processor with 2GB of RAM, 32GB of storage, a massive 3,500 mAh battery will keep you charged up all day, and it also comes equipped with a 13 megapixel OIS camera.

January 24th AT&T will start pre-orders both in select stores and online for $299 with a new 2-year contract, and so far there’s no exact date given for when it will actually become available. Customers also have the option of paying $26.74 per month with AT&T Next with 18 monthly payments, if they’d like to take that route.