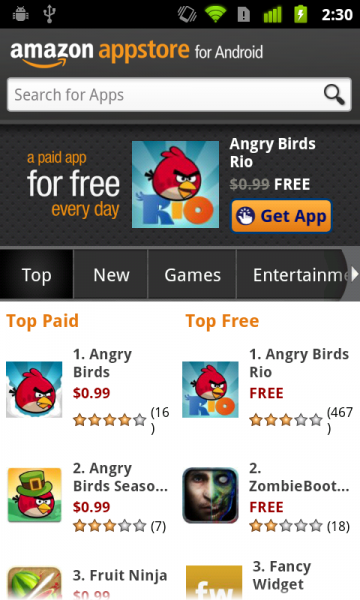 With the launch of the Amazon Appstore for Android devices, AT&T may now be more open to third-party app stores and apps. The carrier has in the past limited installation of third-party apps on Android devices only to those that are downloaded from Android Market, meaning that users cannot sideload or directly download apps from third-party stores, websites, or other sources.

However, AT&T–the most stringent of all the major U.S. carriers when it comes to third-party app installation, is changing its tone to accommodate Amazon and other third-party stores. The carrier says:

“AT&T plans to offer the Amazon application store for Android smartphones and we’re working to give our Android customers access to third party application stores… This requires updates to our systems and finalizing arrangements with Amazon.”

When the carrier had implemented its policy to restrict apps to only come from Android Market, it had defended itself by saying that this would help users download trusted apps. However, the problem here is that although Google actively monitors and removes malicious apps from Android Market, it doesn’t, like Apple, screen apps prior to the app’s admittance into Android Market. With Amazon Appstore, Amazon says it screens apps before letting them into its own store.