As part of its Nokia Lumia 1020 launch, AT&T will give users 50GB of cloud storage on its AT&T Locker service.

From their device, users will be able to activate their 50GB subscription when their Nokia Lumia 1020 arrives. AT&T previously announced that it would be shipping the Lumia 1020 to users starting July 26th. Since then, the flagship has managed to completely sell out on the network.

The free cloud storage bump will likely come in handy for Lumia 1020 users. Although the Lumia 1020 does ship in a version that has 64GB of on-board storage, that version is exclusively available to users who buy the device from Telefonica in other countries. AT&T users will have to settle for a device that only has 32GB of on-board storage. With a 41 megapixel camera whose shots likely take up as much as 15MB per picture, users will likely take all the storage they can find. 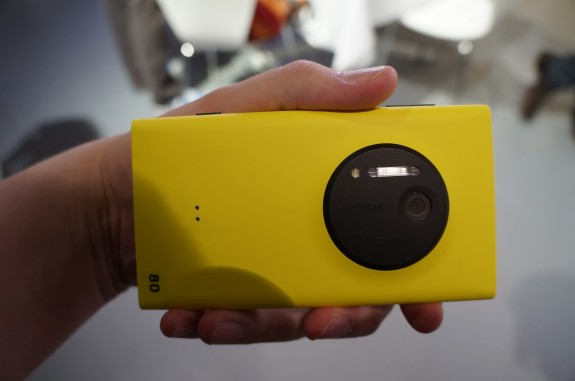 For its part, Microsoft gives users 7GB of free online storage as part of its SkyDrive cloud storage solution. These users have the option to buy more in small increments, should users need it. Unfortunately, early indications are that the Lumia 1020 won’t be able to auto-upload full resolution photos to SkyDrive – even though other Windows Phone devices can auto upload full resolution photos automatically if they are connected to a Wi-Fi network.

AT&T’s 50GB gift to users is also great since the carrier only hands out 5GB of cloud storage for free to all other users.

The AT&T Locker website indicates that users can upload music and documents to their AT&T Locker as well. In addition to the Windows Phone application, AT&T offers a web based way to browse files in addition to native apps on Apple’s iPhone and Google’s Android operating systems.

Users can share all files that they have stored on their AT&T Locker – except for music. Currently, the service supports sharing using Facebook, MySpace and Twitter.

There is no word on when AT&T might be able to start selling the Lumia 1020 again. Presumably it will need to fulfill back-orders it already has before offering the device to subscribers and perspective customers.