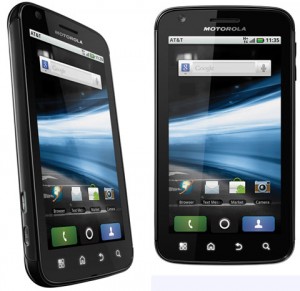 It looks like the HTC Inspire 4G may not be the only phone plagued by slow upload speeds as my experience with the Motorola Atrix 4G–a dual-core Android smartphone that supports AT&T’s faster 14.4 Mbps theoretical 4G HSPA+ network–also suffers from slow upload speeds despite the carrier’s claims that HSUPA, or high speed upload packet access, is natively supported. Engadget, which is also reporting on this story, is saying that AT&T may not switch on its back-end to accommodate the faster upload speeds, perhaps out of fear that users may bombard its network, causing outages in similar fashion to when the first iPhone debuted.

AT&T currently requires that all handsets that it sells “handshake” with the network as 3GPP Release 5 devices, the last official set of 3G specifications that lacked support for HSUPA. That feature — also known as EDCH, or FDD Enhanced Uplink — was added in Release 6. Though AT&T is apparently working on permitting the bulk of its handsets to handshake Release 6, presently only the iPhone 4 (and presumably all of its recent data devices like USB modems, which may also use Release 7) are allowed. Neither we, nor our source, know why this is. Our source believes that the Release 6 certification may happen within a “month or two,” which would explain why some AT&T sales reps in live HSPA+ areas are telling customers that the “4G network” isn’t live yet.

Despite slow upload speeds, the Atrix 4G seem to offer comparable download speed performance to other 3G smartphones on the network, including the iPhone 4. In the San Francisco Bay Area, California, the Atrix 4G gave me download speeds of about 2-3 Mbps, similar to the 3G iPhone. For now, those hoping to leverage AT&T’s faster 4G claims will be disappointed as 3G phone can still deliver the same data download speeds, which makes for fast downloads and viewing Internet videos. Upload speeds on the iPhone 4, however, are faster at around 1 Mbps while they hover under 300 kbps on the Atrix 4G. Upload speeds are important for users who need to either attach large files or attachments to emails, upload videos and photos to sites like Flickr or YouTube, or transfer files to Dropbox or other cloud-based storage solutions.