AT&T Opens Up FaceTime Over 3G to All Subscribers Unofficially 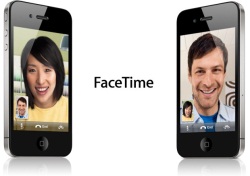 Since then, AT&T had tried to explain itself, stating that the initial limit was made to ensure that the network could handle the added traffic with FaceTime over 3G video calls. The network justified its decision stating that it has the most iPhone subscriber of any U.S. network. Prior to announcing that it would limit FaceTime to mobile share plans, it had been speculated that AT&T may charge a separate fee to customers for the privilege of using Apple’s video chat client over its airwaves.

AT&T still hasn’t made an official statement available regarding its decision, but MacRumors is reporting that a number of customers not on the mobile share plans are having success with getting FaceTime over 3G or 4G to work. This includes customers grandfathered in under the old unlimited data plans. FaceTime over cellular appears to be operational for customers with iPhone 4S and iPhone 5, according to a report on Apple Insider.

Users can enable FaceTime over cellular in their phone settings, and if it doesn’t work on the first try, customers are advised by Internet forums to restart their phones and try again.

Having FaceTime over cellular for all customers would make iOS more competitive with other offerings, including Windows Phone with Skype integration and Android devices with Google Hangouts and Google+.