AT&T Park is home to the defending World Series champions and the most robust wireless network in all of baseball. The San Francisco Giants and AT&T reps took me for a behind-the-scenes tour of the park to take a look at the wireless technology that keeps 42,000 fans connected during every home game.

The San Francisco Giants won three of the past five World Series titles. The team’s sold out the stadium for more than 360 straight games, which means there are just as many wireless devices in the ballpark on a summer day game as there are during the fall classic.

The best part of AT&T Park’s wireless networks is that most people won’t even notice them. The stadium has a Wi-Fi network with about 1,300 access points and another 185 access points to support cellular wireless devices that aren’t connected to the Wi-Fi network. The end result is that wireless users can connect to their favorite web services and make calls just as reliably as they can at home or at work.

In fact, 4G LTE speeds can be faster at AT&T Park than in most parts of San Francisco. As you can see in the video demo above, my iPhone 6 Plus clocked a 50 Mbps down and 21 Mbps up on AT&T’s LTE network just before game time. I took the below photo as I ran a second Speedtest and the download speed exceeded 60 Mbps. Speeds do slow down quite a bit once all the fans settle into their seats, but the network is still plenty fast for posting to social media sites and even placing FaceTime video calls. 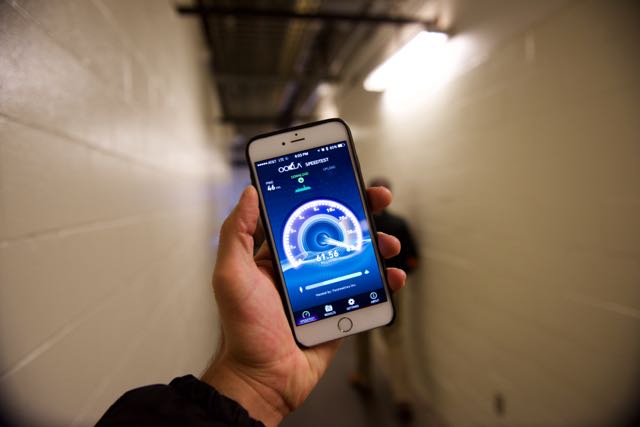 I attend quite a few Giants games, including most of the team’s playoff and World Series games in recent years. Once in a while I’ll get to the ballpark a couple of hours early and work in the Club Level until game time. While the Wi-Fi network is generally reliable, I usually use my iPhone’s LTE hotspot with my MacBook. During games, I generally use my iPhone to check email, send/receive messages and post to social media. I also use the MLB At Bat app quite a bit to watch replays and the app’s Gameday feature. Just a few years ago there were wireless dead zones in AT&T Park,  so it’s pretty incredible to be able to do all of this without any hiccups. 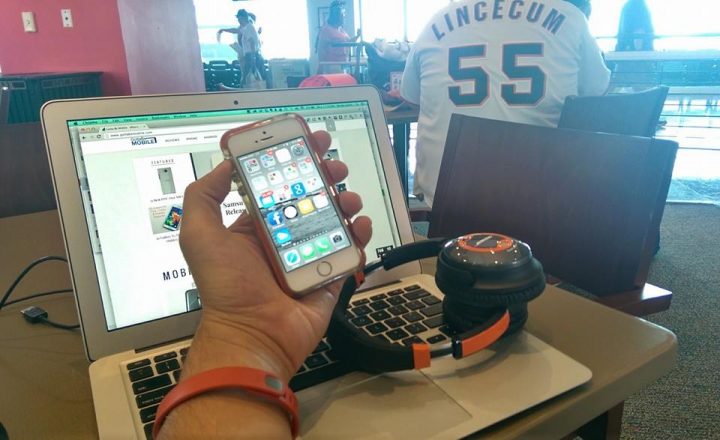 AT&T Park’s Wi-Fi network is an option for those that want to conserve the data allotments while at the park. Having free public Wi-Fi doesn’t sound like that big of a deal these days, but AT&T serves a pretty unique fanbase since it’s located in the tech hub of the world. San Francisco Bay Area residents are early adopters of data-hungry apps and services and the Giants’ IT department has to work hard to keep ahead of the fans’ wireless demands. To illustrate just how fast demands are increasing, fans pushed 302% more data their the stadium’s network during the final playoff series in 2014 compared to 2012. Fans transmitted 2.1TB of data during game four of the 2014 World Series alone.

I got a chance to talk to three of the guys in charge of keeping fans connected at the AT&T Park Network Operations Center, which is located under the stands behind home plate. In the video above are Bill Schlough, Senior Vice President and Chief Information Officer for the San Francisco Giants, James “Jimmy Lee” Provance, West Region Area Services Manager for AT&T, and John Cooke, Assistant Vice President of Radio Access Network Engineering for AT&T. 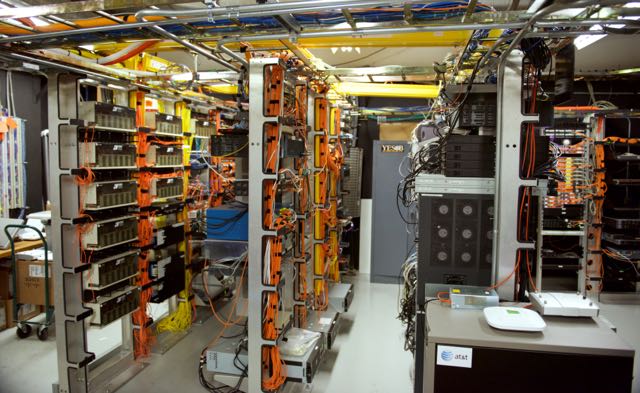 Obviously it takes a lot of networking equipment to keep Internet speeds humming along at AT&T Park. This is a photo of some of the equipment in the AT&T Park Network Operations Center. 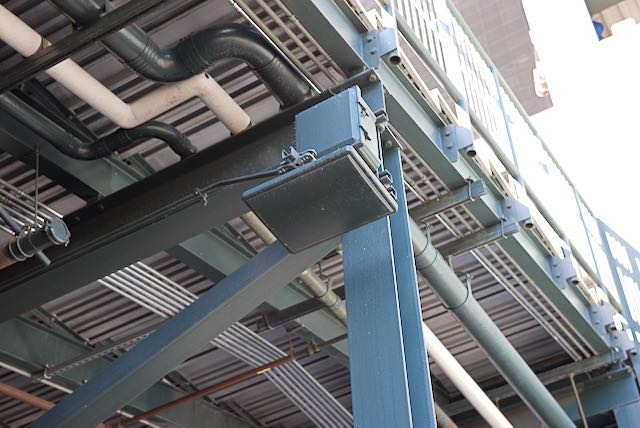 One nice thing about AT&T Park’s extensive wireless technology network is that it’s almost impossible to see any of its components unless you look for them. The almost 1,500 antennas and miles of cables are carefully hidden from view or painted to blend in with the ballpark. The green rectangular panel hanging off the beam in the above photo is a wireless access point. 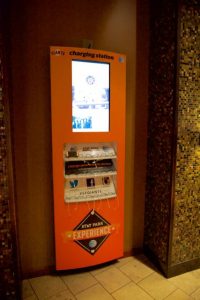 AT&T Park has a host of other tech-friendly services. There are 400 charging cables distributed throughout the stadium and visitors can pay for concessions with Apple Pay from their iPhones and Apple Watches. Fans can send texts to ballpark security if anyone gets unruly and the can tag photos of themselves on social media for a chance to make it onto the scoreboard. People can skip the security lines before games if they’re enrolled in Clear by scanning their fingerprints or irises.

I often buy tickets to AT&T Park after I’m already heading to the game. That’s because season ticket holders often cut their prices in the hours leading up to the game if they can’t make it. They also put their parking passes to the best parking lot up for sale for less than it costs to park in the nearby overpriced garages. I transfer my tickets and parking passes to my Apple Watch via Passbook, making them easier to scan.