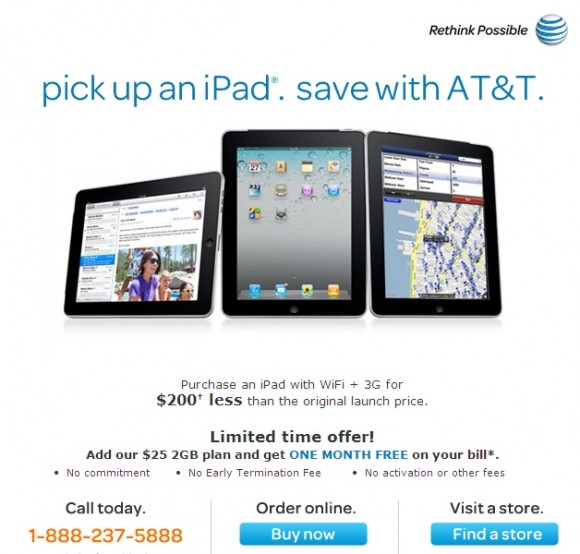 While supplies last, a new 16GB iPad with 3G is $429, while the 64GB is $529. The 32GB is marked as sold out. That’s a better deal than Apple’s current clearance, even on refurbs. Of course, there are no cameras on these units and they are slower, but if you’re looking for deals, these are tough to beat. Seems strange that they’re pushing the $200 discount in the email and not the $300, but maybe that’s due to inventory differences.