AT&T: Shared Data Plans to Come, Smartphones Will Be More Expensive in the Future

Following rival Verizon Wireless’ announcement that it would be switching customers to family shared data plans, AT&T Mobility says that it is looking to do the same and announced intentions to boost profits. Unfortunately, for consumers, that move means that users would enjoy less frequent upgrades than before as well as increase in prices for smartphones with a two-year contract.

In a report on Reuters, AT&T says that “it would keep 2012 smartphone sales limited to 2011 levels to cut down on upgrade costs.” In the U.S. wireless industry, carriers often subsidize the cost of a smartphone in exchange for users signing a two year service agreement. Carriers would then recover that cost over the lifetime of the contract, which includes customers paying for services like voice, data, and messaging. 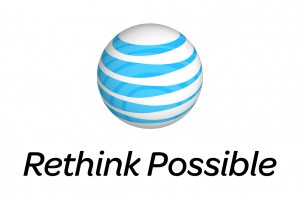 In the past, AT&T had liberally offered early upgrades to customers who fulfill anywhere between 12 to 18 months of their contract. Most of these customers were business customers who shouldered more hefty monthly bills. The move was a goodwill gesture by the carrier to keep these high profit margin customers happy and satisfied and guarantee AT&T that they will stick around for at least another year or two.

In addition to reduced frequencies in upgrades, the news publication also reports that AT&T Mobility’s head Ralph de la Vega would also push to offer less subsidies for handsets. That means that the purchase price–with a two-year service agreement–for a typical smartphone would increase. This would be bad news as AT&T offers competitively priced 4G LTE smartphones compared to Verizon Wireless in a bid to stay competitive as AT&T has a smaller 4G LTE coverage footprint than Verizon’s.

High prices of smartphone subsidies is what is holding Sprint back. After the Now Network invested in the iPhone, its CEO Dan Hesse says that Sprint would not make any money on the iPhone until 2015 as a result of the high subsidies offered on Apple’s smartphone. It’s unclear if AT&T would increase the cost of owning an iPhone in the future with a two-year contract.

The carrier didn’t specify how much phone prices would increase, however.