Earlier this week, I was invited by the AT&T San Francisco team headed by John Britton and Dan Newman to explore the technologies used to connect sports fans in the Bay Area. The venue? None other than AT&T’s aptly named AT&T Park that hosts the San Francisco Giants. Prior to the start of the Giants v. Nationals game, AT&T Park CIO Bill Schlough took us on a behind the scenes tour of the stadium to see how the ballpark combines one of America’s oldest and favorite pastimes with the latest consumer technologies like 3G and 4G mobile broadband.

With the AT&T crew enjoying the game.

And just so that we’re all on the same page, AT&T has the naming rights to AT&T Park through its acquisition of Pacific Bell and later SBC–AT&T Park itself is independently run and operated and is not an AT&T property.

Schlough mentioned that when the iPhone took off–it was announced in 2007 exclusive to AT&T at that time–there was barely any coverage at AT&T Park. Giants fans would go to the game and enjoyed–or were cut off, depending on how you look at the situation–from the world around them as the amount of people at the ball park meant that the network got quickly congested and there would be no coverage for everyone as a result. To solve that, AT&T Park began working with carriers like AT&T, and later Verizon Wireless, to make sure that there is enough bandwidth to get loyal baseball fans to the park. 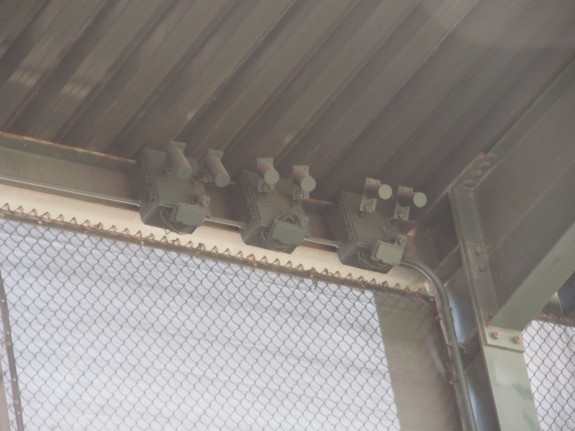 My peer Noah Kravitz of TechnoBuffalo asked what the driving force behind trying to get coverage to the park–whether it’s the MLB, the Giants, AT&T, or the fans. Schlough says that the MLB is definitely not a driving force, and that AT&T and the carriers would be the enabler of the technologies, but it’s ultimately the fans that are driving AT&T Park to be, what Schlough calls, “the best place in San Francisco to get 3G, 4G coverage.” 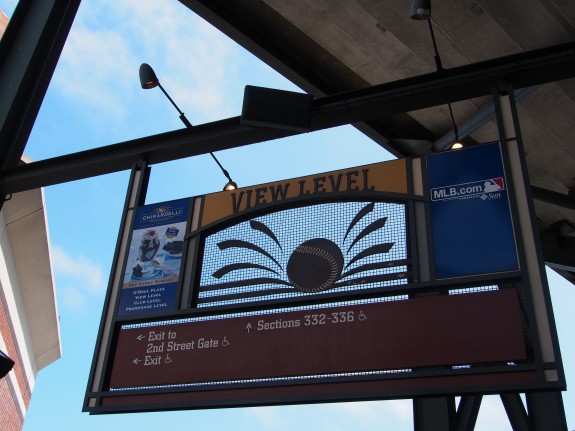 Walking around the ballpark–from the seats to the lounges and restaurants and boxes–Schlough showed off 336 WiFi hotspot antennas and 116 3G/4G antennas along with the servers and routers that enable Giants fans to connect. The result? Close to 30 Mbps download speeds and over 20 Mbps upload speeds consistently at the park in a fairly packed stadium. 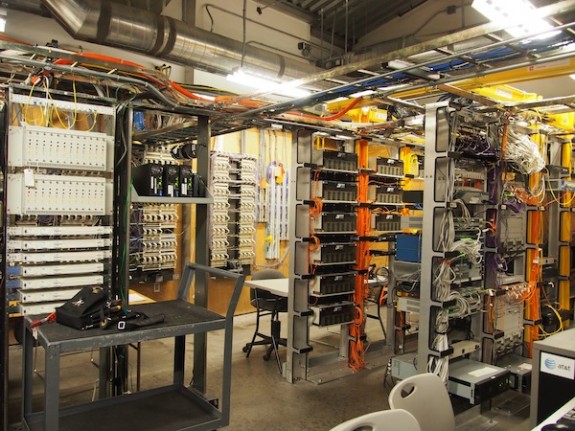 Server room that handles all the traffic.

And long with chances and and advancements in technology, users have also changed in the way they connect at the game. AT&T Park had installed–as of this season 4G antennas and the park has noticed that users are now beginning to upload more pictures and videos than they download to share the experience of the games to those not in attendance. 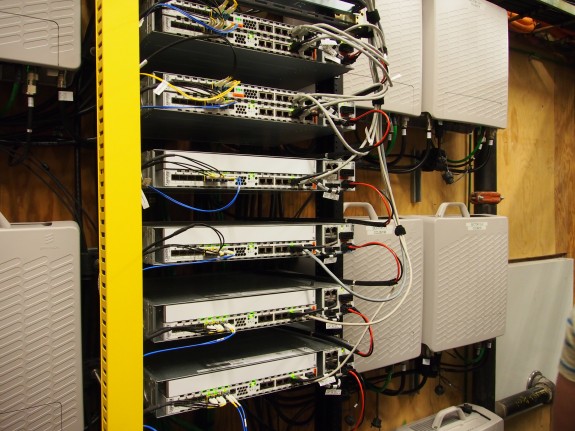 While these installations are a permanent fixture at the park, AT&T, like other rival carriers, also have mobile installations that they roll in when there are major events, like at a trade show, convention, concert, or other venues that attract a crowd.

When the iPhone debuted in 2007, AT&T’s image was hammered with dropped calls and bad reception. It’s a great change to see how the carrier is rethinking possible and what it is doing to repair that image as it builds out its LTE network. Consistently, AT&T is the fastest LTE provider in San Francisco at this time, the carrier is showing that it is making serious investments into its network infrastructure as it grows its smartphone user base.