Uh, Oh. It looks like that tethering feature for the new iPhone 3.0 firmware will be really cool. If you’re not an AT&T user. During the keynote, Apple announced that tethering will be supported by 22 carriers globally. No mention of AT&T on the slide.   Apple also announced MMS would be available later this summer via AT&T. Maybe things will change once AT&T realizes they’re behind the rest of the world.

If this is true, call it a big FAIL on AT&T’s part. 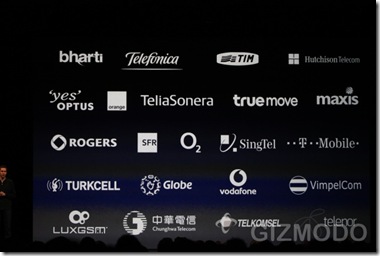