AT&T spent $25 million in the San Francisco Bay Area to make sure its customers can reliably connect to its wireless network at Super Bowl 50 and related events. Layered on top of more than $2 billion of network upgrades over the past four years, the results are so good that most customers will never even notice them.

There’s a lot more to the Super Bowl than the game itself. Fan events, private parties, and concerts leading up to the game mean thousands of smartphone-wielding people are uploading videos, making calls, and posting photos on social media simultaneously.  That’s on top of the data-hungry citizens of San Francisco and Silicon Valley.

There should have been noticeable network congestion in the days leading up to the Super Bowl. But AT&T’s 4G network’s been rock solid around the major Super Bowl venues.  That’s because AT&T’s added 150% more LTE capacity at Levi’s Stadium since the current football season kicked off. The company also upgraded or added new Distributed Antenna Systems (DAS) at 26 locations where NFL fans were expected to congregate – mostly hotels, convention centers, concert venues, and airports. 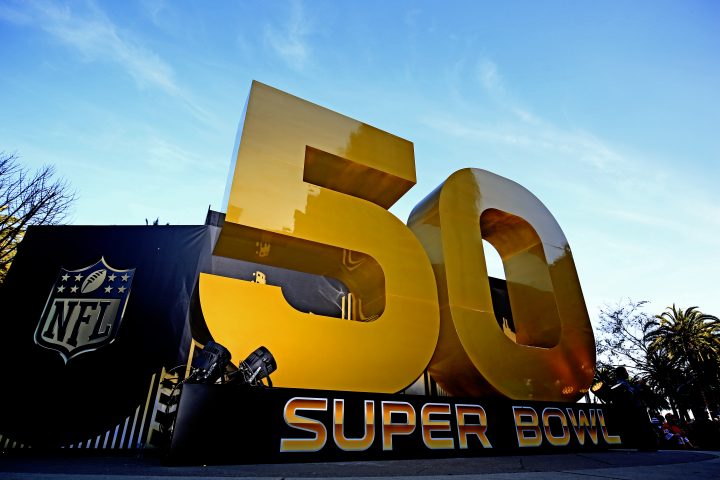 What you need to know about the 2016 Super Bowl date, time and halftime show. Andrew Weber

Besides improving its permanent network, AT&T also rolled out nine Cell on Wheels (COWs). Two of these are AT&T’s newer SuperCOWs.  The COWs are mobile cell sites designed to boost wireless performance for customers in concentrated areas.

DAS installations are fancy arrays of antennas and other network technology that allows AT&T to provide seamless LTE connections in crowded areas, both indoors and outdoors. AT&T’s had plenty of practice providing reliable connections to sports fans. AT&T Park in San Francisco has perhaps the best wireless capabilities of any sporting venue, partly because techies in the Bay Area upload significantly more than average sports fans.   While some stadiums only have to deal with busy networks during playoffs, the San Francisco Giants sell out every game.

This is a Speedtest I ran last year at AT&T Park in a hallway underneath the bleachers. The speeds were more than fast enough to quickly upload HD video and stream content.

While visiting Super Bowl kickoff events around San Francisco in the week leading up to the big game, I didn’t notice anything. I was able to use my iPhone 6s Plus on AT&T’s network exactly the same way as I do every day in San Francisco. Photos and videos uploaded nearly instantly, even when attending the Super Saturday Party. The DirectTV-sponsored event featured the Red Hot Chili Peppers, RUN DMC, and Snoop Dog.

This is a video of the Red Hot Chili Peppers that I uploaded within a few seconds from the Super Saturday Party to Facebook. The venue had thousands of fans and a good number of them seemed more engaged with their smartphones than the musicians up on stage. It was pretty sweet to record a video, hit share and put my phone back in my pocket after it uploaded. It wasn’t that long ago that this simple act would have been impossible.