AT&T, T-Mobile and Verizon have all confirmed that they will carry Windows Phone 8 devices in the future.

The confirmations come shortly after Microsoft’s revealed Windows Phone 8 for the first time.

Additionally, three other carriers released statements in regards to the possibility of carrying Windows Phone 8 devices. Cricket, MetroPCS and Sprint all released vague statements that didn’t reveal much. All three said that they were interested but that they didn’t have any news to share at this time. 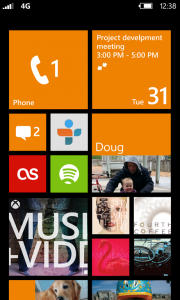 While AT&T and T-Mobile were expected to carry Windows Phone 8 devices after both launched Lumia Windows Phones from Nokia, Verizon’s admission is a bit of a victory for Microsoft considering the carrier has a limited selection of Windows Phone devices.

Sprint also doesn’t offer much of a selection when it comes to Windows Phone.

That could change with the release of Windows Phone 8, Microsoft’s latest piece of mobile software that is slated to bring a ton of new features to the table when it arrives this fall. From new tiling options to a new Start Screen to support for high-end smartphones, Windows Phone 8 is Microsoft’s most ambitious mobile release yet.

And, with the backing from carriers like AT&T, T-Mobile and Verizon and manufacturers like Nokia, Samsung, Huawei and HTC, Microsoft appears to be in great shape.

Windows Phone 8, in its entirety, will only be available on new Windows Phone devices from those manufacturers, and those devices will likely launch on the aforementioned American carriers this fall.

Unfortunately, it looks like not all current Windows Phones will be getting the upgrade to Windows Phone 7.8.