AT&T had revealed at Mobile World Congress at the end of last month that it would offer a 4G LTE variant of the flagship HTC One X smartphone for its network–also known as the HTC One XL–in the future. Now, according to one person who is intimately testing the dual-core Qualcomm Snapdragon S4-powered HTC One XL variant, we now know a little bit more information about the device. According to that person, the device has just entered field testing and that given the time schedule, we may see the One XL grace AT&T’s 4G LTE network come this mid-May. 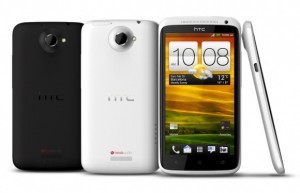 So while the device offers a lot of powerful specs–including a better camera engine–the user is complaining that there is no microSD card slot and no removable battery. The lack of a microSD card slot would make the device similar to the Samsung-made Google Galaxy Nexus, which has non-user expandable storage, but that device has a removable battery. The lack of expandable memory may not be cause for concern with cloud storage solutions today. Also, like the Motorola Droid RAZR/RAZR Maxx, the non-user replaceable battery is a similar design, but Motorola’s handsets offer user-expandable storage. With the lack of a user-replaceable battery on the HTC One XL, that may be a concern for some users as this tester noted that battery life isn’t quite so good.

The screen is said to be very good as the device has a 720p HD display. As with the case of HTC phones, you can expect great display quality as HTC has never opted–unlike rivals Samsung and Motorola–to use a PenTile-based display.

Pricing information is not yet available for this device, but we can probably expect it to land in the top tier. AT&T’s 4G LTE pricing has so far been more affordable than Verizon’s when it comes to handsets. The only device to enter the $300 price point–with a two-year contract–is the Galaxy Note with its 5.3-inch display.