We had heard that AT&T might start throttling heavy data users ahead of the launch of the iPhone 5 and sure enough, Ma Bell has slapped down an official announcement today regarding the new policy which will go into effect on October 1st. AT&T’s new policy is only going to effect those customers who are still grandfathered on an unlimited plan and will applicable to the top 5% of those customers. 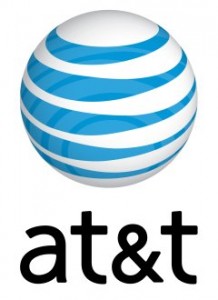 So, if you’ve been enjoying sucking up huge amounts of data on your unlimited plan, prepare to see your data speeds slow down once the beginning of October rolls around. Interestingly, the carrier says that the amount of data that will bring about throttling will be different month to month. If you’re part of that 5% and you start reaching the threshold, it won’t be without warning from AT&T:

These customers can still use unlimited data and their speeds will be restored with the start of the next billing cycle.  Before you are affected, we will provide multiple notices, including a grace period.

Why has AT&T followed in T-Mobile’s footsteps and started to throttle data? Well, according to the carrier, it’s because of a “exploding demand for mobile data”, the same exploding demand that led to AT&T to adopt tiered data last year and its competitor, Verizon Wireless, to do the same this year. This spectrum demand has also been one of the main arguments that AT&T has used to try and win approval for its merger with T-Mobile.

Sprint is now the only carrier that truly offers unlimited data but it’s fast becoming not a matter of if but when the carrier will decide to switch over to tiered data plans for its mobile devices.