Now that T-Mobile USA, the nation’s fourth largest carrier, has announced the iPhone 5 for its nascent 4G LTE network, attention is quickly shifting from Apple’s flagship smartphone to the company’s iOS tablets in the form of the iPad and iPad mini. With speculations that Apple may debut its new slate hardware models this fall, investors and consumers are turning their attention to a potential for an iPad 5 and iPad mini 2 on T-Mobile’s network.

T-Mobile executives did not comment on the iPad at its UNcarrier event, but given changes to T-Mobile’s business model that is now allowing the iPhone 5 to come to its network, there’s a very likely chance that the iPad will also follow at a later date. 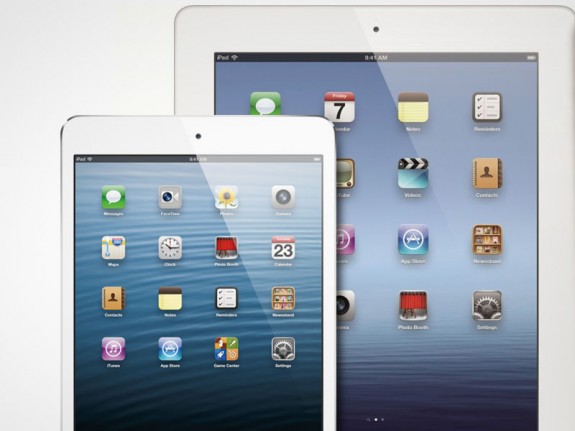 Like other carriers before it, tablet hardware often comes without subsidies and users generally aren’t required to sign a contract, unless they accept a rebate or a promotional bundle or offer through their local carriers. This won’t be different in T-Mobile’s new UNcarrier era and we can expect comparable pricing if customers wanted to go month-to-month and purchase their devices at full price up front.

However, where T-Mobile may edge out rivals AT&T, Sprint, and Verizon is in its Equipment Installment Plan, or a layaway of sorts for device. With EIP, T-Mobile subscribers can make a deposit–perhaps a $100 deposit given the cost of the tablet, and then make monthly installments over a 12- or 20-month period. This means that customers on T-Mobile will have to shell out less up-front for the cost of their tablet and can make monthly installments.

T-Mobile’s new LTE network is so far un-congested and easily beats out AT&T’s fast speeds as well as Verizon’s speeds in the San Jose, California area. AT&T already has on average the fastest LTE download and upload speeds in the Bay Area where Verizon’s more established network is now congested, and T-Mobile’s speeds are sometimes double that of AT&T’s, which is quite an accomplishment. These speeds will be beneficial for heavy data consumption when using more capable devices like a tablet.

At the UNcarrier event yesterday, T-Mobile announced that Apple will be updating its iPhone 5 to include pentaband GSM access; the AT&T version would theoretically be compatible with T-Mobile’s LTE network so no changes would be needed on the 4G side. This means that an unlocked T-Mobile iPhone 5 could be used seamlessly on 2G, 3G, and 4G on AT&T and T-Mobile networks.

As such, a similar tooling could be added to the next-generation iPad 5 and iPad mini 2. This requires some hardware changes to make them compatible with T-Mobile’s 3G and 4G LTE networks.

Historically, Apple launches the iPad on its carrier partners’ networks following the successful launch of the iPhone. When Sprint signed on for the iPhone 4S, it did not get ‘the new iPad,’ also colloquially referred to as the iPad 3, but had to wait for the iPad 4 and iPad mini. The reasoning was LTE. When Verizon debuted the iPhone 4 on its 3G network, it got the 3G-capable iPad 2 on its network a few months after. Likely, given that T-Mobile is up to date with 4G LTE and continues building out its LTE network as planned, it will get the new iPad 5 and iPad mini 2 in the Fall when Apple announces those products. This would be contingent on both parties hammering out the necessary agreements to bring the iOS tablets to T-Mobile’s nascent 4G LTE network.