Something that started to bother me back when I owned Mobilitysite was the rate of phone releases. The big 3 (Samsung, HTC, and Motorola) have been churning out devices so fast over the past couple of years. Just before I took a year off, it had gotten to the point where I could do an unboxing and first look of the newest phone to hit the market and by the time I got it uploaded to YouTube a new phone was released. Back when I was reviewing Pocket PCs, between HP and Dell, there were no more than 10 devices launching in a calander year. Now, it seems as if there are 10 a month per manufacturer.

I understand that every consumer is different. Some want a big screen, some a smaller screen. Some want a slide out qwerty keyboard, some are fine with on screen keyboards. Some want pink, some want black. I get this. I am also a fan of upgraded hardware, and I do understand the appeal of having a newer version of a phone drop with bigger and badder specs. Even with all those factors, I still feel as if there are too many phones being released each year. 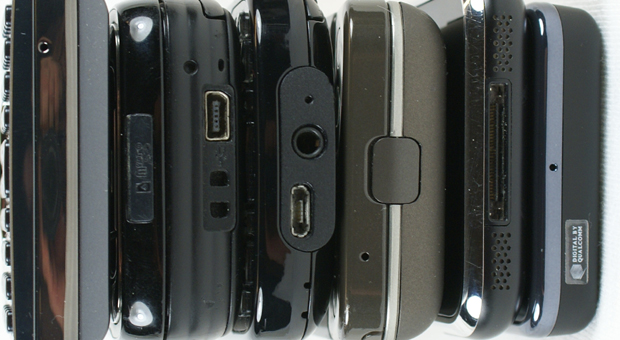 Why do I care?

Well, there are a couple of reasons that this bothers me personally.

Speaking of HTC, they are scaling back in 2012 according to BGR.

BGR has learned from a trusted source that HTC is preparing to switch up the company’s strategy a bit in 2012. In order to focus getting quality products to market, we have heard that HTC’s release schedule is going to be shockingly quiet for most of the first quarter next year. HTC will also release fewer phones overall in 2012 compared to 2011, we’re told.

This is great news!

Quality > Quantity? Right. The good thing is that HTC normally brings quality even when delivering quantity.

There are a lot of things other companies can learn from Apple too. Why don’t you see lines for HTC or Samsung phones? Because the consumer doesn’t have to wait a year for a single new model. Maybe if OEMs would release fewer models and hype them like Apple, you would start seeing more lines (not that I want lines, though I think you see what I’m getting at). Release a “Flagship” device on each carrier for each OS. Maybe twice a year, maybe a little more.

I was looking for a photo I took a few years ago for this story and came across one of my photos on Windows Phone Thoughts, formerly Pocket PC Thoughts. It’s not the photo that was funny, it’s the 1st comment to the story discussing my review of the HTC Fuze back in 2008.

At the rate HTC’s churning new models out:

Of course all my opinions and about five bucks will get you a coffee at Starbucks. The perfect world I am dreaming up in my head doesn’t necessarily align with economics of the carriers or OEMs.