So far, Google’s Android operating system has been dominating the 4G LTE landscape. In 2012 though, that’s about to change and Microsoft figures to play a major role in that shift in power. Today, the first Windows Phone powered 4G LTE smartphone destined for AT&T has apparently surfaced but other than a few details, the device remains a complete and utter mystery.

The device is said to be one similar to one of the company’s current 3G Windows Phones, the HTC Titan. The HTC Titan, as many of you know, has a massive 4.7-inch display which is even bigger than the 4.65-inch display found on Verizon’s Samsung Galaxy Nexus.

It’s said to sport that same 4.7-inch display although the resolution on it is unknown. Sadly, the screen-size is the only piece of hardware related information that has leaked out. The software, we assume, will be Microsoft’s Tango update which is scheduled for release at some point during 2012.

And while details on hardware and software remain murky, it does have a rumored release date. 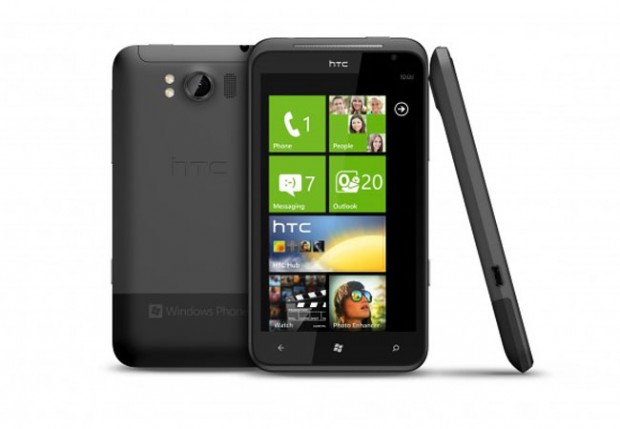 The phone could sport a 4.7-inch display, similar to the HTC Titan.

Apparently, HTC is targeting February 5th as the day that the HTC Elite will launch on AT*T’s 4G LTE network and if that’s the case, we should see a debut come in Las Vegas during CES at the beginning of January.

Anyone interested in a 4.7-inch 4G LTE Windows Phone from AT&T?

If the rumors are true, you can get a good idea of what to expect by checking out our coverage of AT&T’s HTC Titan.