Ma Bell has put up a new iPhone 4S commercial that speaks to the speed of Apple’s new iPhone which runs on its HSDPA network.

In the ad, we see a guy and his significant other out at a restaurant. And while the woman is talking, we hear him make noises similar to those that many of us make when checking our fantasy football scorelines on Sunday afternoons. Except, we never actually see him check the phone.

The point of it is to show off just how fast the new iPhone 4S is. It’s funny, it’s unexpected and it gets the point (speed) across. It’s rare to find all of those traits in a commercial for a mobile phone. AT&T should be commended.  Other carriers, like Verizon and its 4G LTE network, should be taking notes. 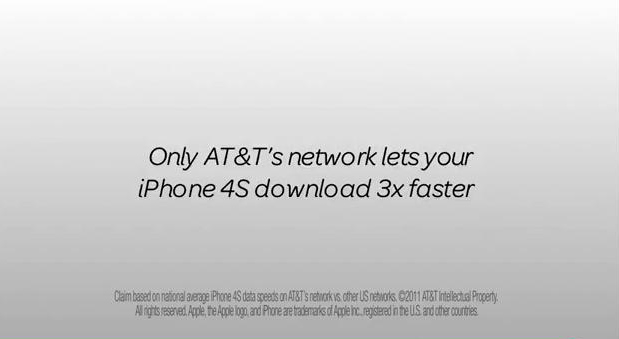 I think the best part about the whole thing is that AT&T isn’t embellishing. AT&T’s iPhone 4S is actually significantly faster than the other models.

See for yourself in our iPhone 4S speed tests.

Of course, if you were to believe the carriers, men are all horrible people that care more about their phones than their significant others. And we know that that’s not the case at all?