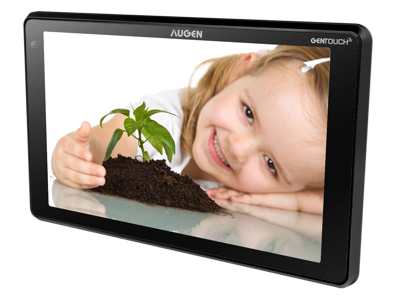 I could be catty and snarky and say that it looks like other Tablet/Slate makers are not only playing “me too” in trying to imitate Apple’s iPad, but also do so on the spinning  PR front. Maybe I just did. Anyway, Laptop Mag, who broke the story on Augen using an unlicensed build of Android on its GenTouch78, posted a statement by the CEO of Augen, Gary Gofman, about the situation and got a response. Here is an excerpt:

the Google Mobile Service and Android Apps were pre installed during the development process on our tablets for testing purposes, and were not removed unintentionally before releasing the products in the market place. Google and Augen came to a mutual understanding that the Google Mobile Services Application Suite pre-installed on the GENTOUCH/ GENBOOK Series; could not be removed due to technological constraints for the products that were sold, shipped, or already produced. For future production runs and deliveries, Augen will block and remove the Google Mobile Services Application Suite from the current devices until further notice

You can read the entire statement here.

Laptop points out that on the Augen site, there is no mention of the Android Marketplace and that there are other App Stores that can be accessed for App purchasing. OK, that’s true. But the double negative “not removed unintentionally” I find troubling and a bit hilarious when it comes to PR spin. But I guess it could be worse. They could have said, “just don’t use that icon.”