Apple is in the middle of its big event today. Already it has announced updates to its MacBook Pro lineup, more about the Mac Pro, and on the software side the new version of Mac OSX-Mavericks, and new versions of iLife and iWork. With the exception of the Mac Pro, which is due to be released in December, the rest of these products are are all available today. There’s nothing a consumer wants to hear more than “available today.” Except for pricing, and for Mavericks and the iLife and iWork updates those will be free for the most part. The suites are announced to be free for those buying new hardware. No word yet on how that works for those who already own them as to whether or not this is a free upgrade or not.

Why is “available today” so important? And why is it a feature? Shipping new products on announcement day is a great strategy to keep the focus squarely on your new announcements and to make consumers happy. 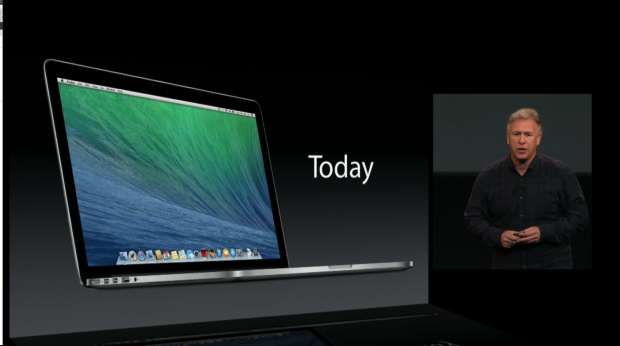 Available Today is a Feature

By and large Apple stands alone in this approach and ability in the tech sector, although there have been others who have tried to follow suit, but not as successfully or at the same rate. To make this work to its advantage, Apple lets the rumor sites go crazy, places selective leaks, and then teases when it wants to. It’s a rinse, repeat cycle that most companies wish they could copy. But the key? You need to have the product ready to ship, and typically hype cycles and product completion release cycles don’t mesh as well as Apple seems to pull it off.

Why is that? Well, I think largely because Apple is able to keep things not only under one roof, but its corporate and team structure works differently than other companies. Under Steve Jobs that coordination was his, and we have to assume that the same is true with his successor, Tim Cook. As the big competitors, Microsoft and Google, try to emulate the “everything under one roof” strategy when it comes to product development, both are still far too reliant on partners to make this work as seamlessly in my opinion.

And here’s the rub. Later today, there will be quite a few folks downloading new software from Apple. There will be quite a few folks purchasing new hardware. Most will do it with thought and some planning. Some will just go ahead and pull the trigger, feeding the hype and fueling their own consumer lust for something new. That’s where Apple excels: knowing full well that the emotional appeal of having the latest and greatest is a trigger it can always pull.