With iOS 9 releasing earlier this week, many popular iPhone apps have been updated to support the new version of iOS, complete with new features that take advantage of iOS 9’s own features and improvements. Here are seven awesome iOS 9 apps that you can download right now.

iOS 9 keeps the same overall design and look as iOS 8, but comes with a handful of new features, including improvements in Notes, transit directions in Apple Maps, new split-screen multitasking on the iPad, picture-in-picture mode, an improved Siri, better Spotlight Search results, and a lot more.

If you ended up updating to iOS 9 then you’re in good company, as many popular apps were updated for iOS 9 so that you can take advantage of all the cool features that iOS 9 has to offer.

Similar to last year’s launch of iOS 8, many bigger apps were released and available to download even before iOS 9 was officially available, which gave users a head start as far as downloading app updates before the iOS 9 update hit their devices.

If you recently updated to iOS 9 and want to know about some cool apps that are already working fully on iOS 9, here are seven awesome iOS 9 apps that you can download to your iPhone or iPad right now.

One of the best password managers available received an update for iOS 9. Version 6 of 1Password has added support for iOS’s Spotlight Search. This means that you can search for a password through Spotlight Search without opening the 1Password app itself. 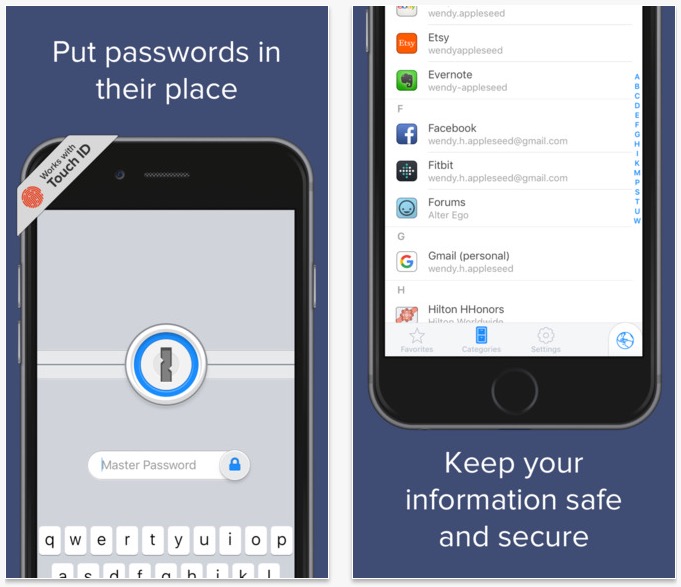 Furthermore, the app also supports Split View on the iPad, which makes it easier to view your passwords while still being able to interact in another app at the same time.

Dropbox‘s iOS 9 update isn’t anything too fancy, and iOS 8 users won’t notice a huge difference with this new update (if at all), but there are a couple of things iOS 9 users will be able to take advantage of with Dropbox. 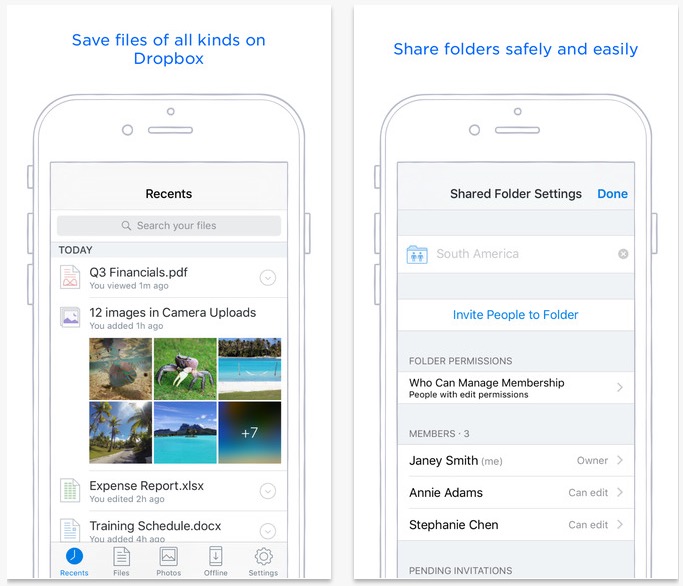 Perhaps not the sexiest new feature in iOS 9, but Apple’s new ReplayKit allows iOS games to come with the ability for the users to record the gameplay and share the footage online. 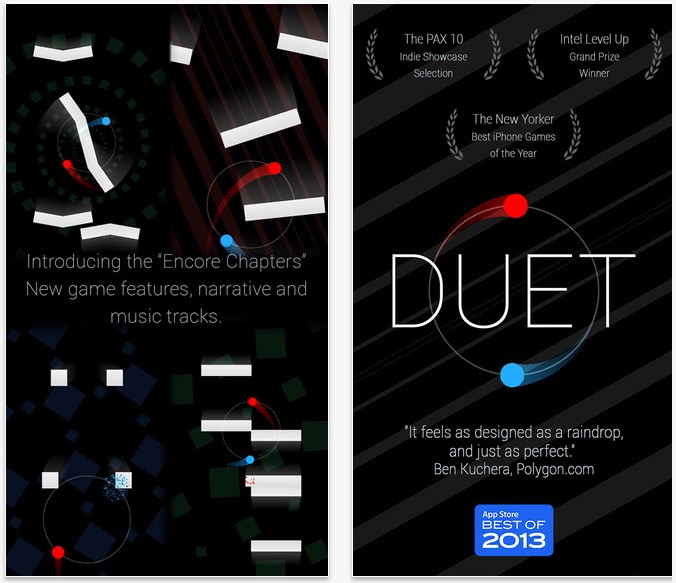 The first game to take advantage of this feature is Duet, and all you have to do is press the camera button in the game to start recording and then press it again to end the recording. From there, you can share it with friends for ultimate bragging rights.

A feature like this could easily take off and essentially be the Twitch for mobile gaming.

Flipboard has some stiff competition now that the News app is available in iOS 9, which is essentially Apple’s own version of Flipboard in a way, but the popular app is still looking for ways to keep its readers interested. 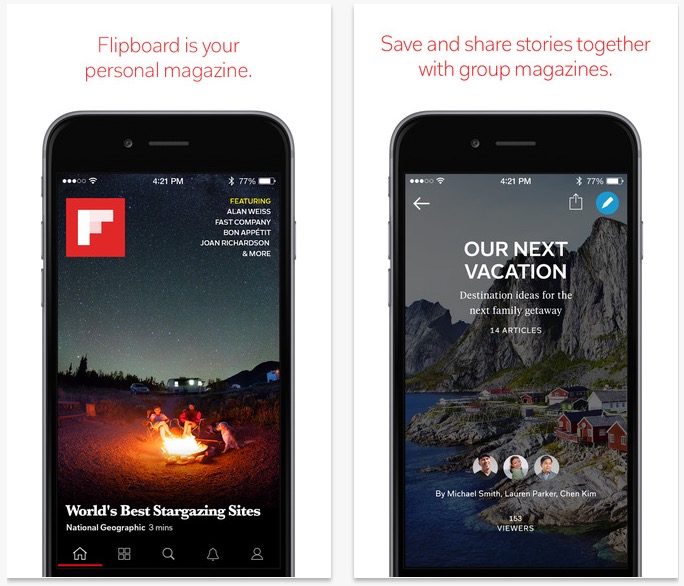 That means new features for iOS 9. With Flipboard on the latest iOS update, users can now search for their favorite Flipboard sections right in Spotlight Search without even opening the Flipboard app.

There are several streaming apps that now come with iOS 9’s new picture-in-picture mode, but Hulu is perhaps the best one so far. 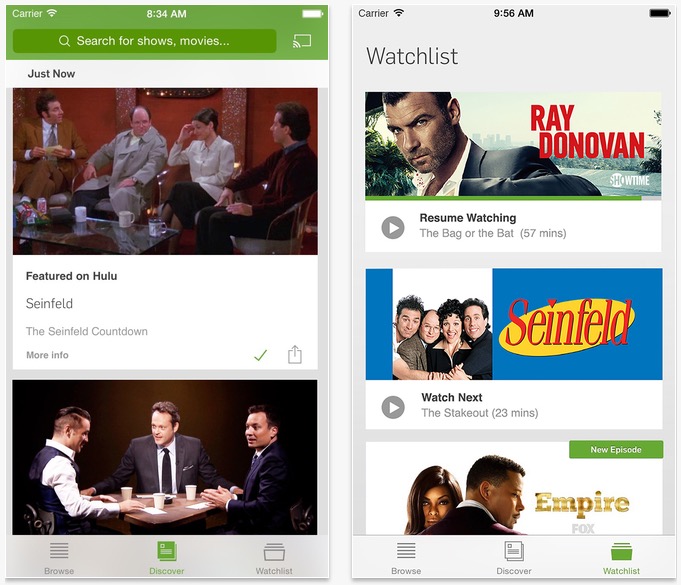 The app allows you to stream TV shows and movies while also playing around in another app entirely. Apple’s PiP mode is perhaps one of the coolest features of iOS 9 and it re-invigorates Apple’s focus on multitasking with iOS 9.

Other apps that can use the new PiP mode include BBC’s iPlayer, Pocket, and MLB At Bat.

The Microsoft Office suite of apps (Word, PowerPoint, Excel, and OneNote) are relatively new additions to iOS, but the new apps fully take advantage of iOS 9’s new features right out of the gate. 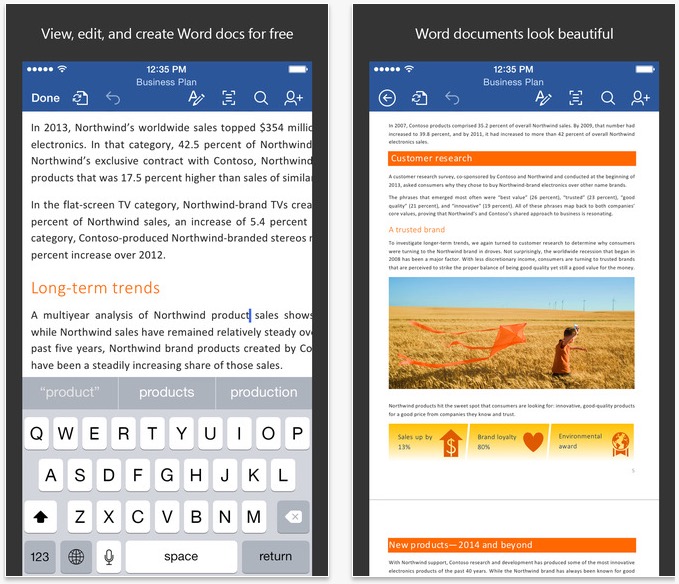 The Office suite of apps on iPad now can use iOS 9’s new split-screen multitasking, as well as the ability to search for documents right in Spotlight Search from the home screen, making it easier and quicker to find that one document that you need to work on. 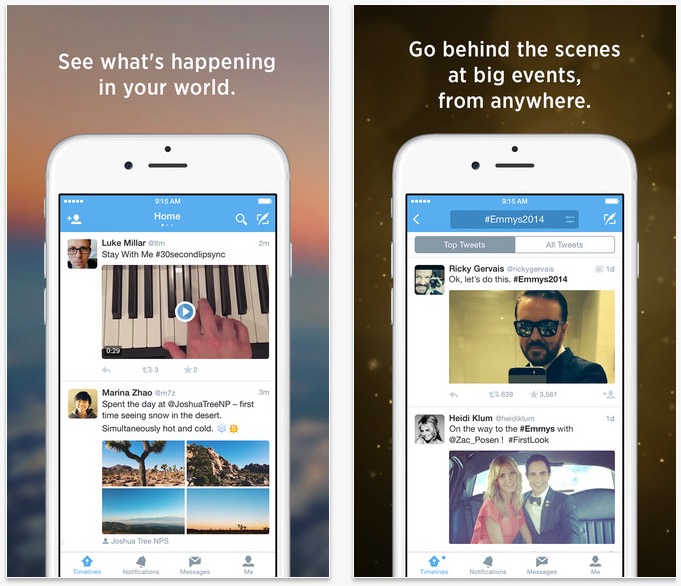 The app can now take advantage of Split View multitasking so that you can continue to work in another app while still keeping up with the latest tweets from friends and other users you follow.

Furthermore, Twitter can now use iOS’s Quick Reply features. Just like with iMessages, users receive notifications of Twitter mentions and can reply to them right from the notification banner without ever going into the app.