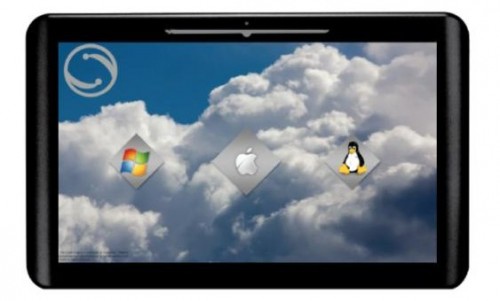 Axon Logic is gearing up for a Tablet that essentially runs any OS compatible with the Darwin OS. That could be a Unix variant. That means it is capable of running OSX. Of course that’s a no-no with Apple’s license agreement, but that’s never stopped those who love to create Hackintosh netbooks. Which this looks suspiciously like without a keyboard. Axon Haptic doesn’t encourage installing an OS that will violate a license agreement, but that picture with those cute little logos says something different.

We sorta went down this road with the Modbook, but it looks like Axon Logic wants to go that way again, but this time a little cheaper.