Students all over the country return to college this month, bringing more gadgets than a local Best Buy. My son Michael heads off to school for the first time and will bring all of these back to school gadgets and gear along.

Since my son won’t live under my roof, he needs his own back to school gear to take care of the tech needs of a modern college student. His school offers high-speed Internet via wired Ethernet in the room, Wi-Fi everywhere else and a cable TV connection. Everything else he’ll need to bring from home.

Here’s the list of tech gear that we’re sending with Michael as he heads off to Southeastern College in Wake Forest, NC for the 2012 school year. 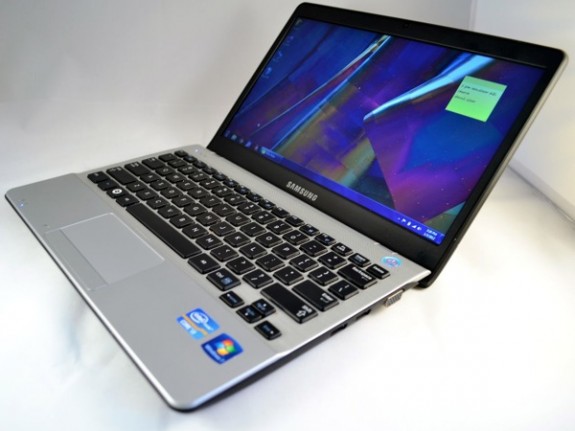 I reviewed this system earlier this year giving it high marks for a ultraportable computer most useful to those with very basic needs. Since then, my son commandeered it and uses it for most of his computing needs.

In my review I listed the pros as follows:

The computer has a decent display, comfortable keyboard and decent performance for an Intel Core i3 notebook at an affordable price.

On the downside, here’s what I didn’t like about the system.

You’re not going to do much multimedia work and the battery doesn’t last as long as many ultraportables. The keyboard’s extra keys feel cramped and the touchpad is not up to task.

It’s a nice system and will work well for writing papers, doing some web research and the online entertainment he enjoys, like hulu, Netflix and Facebook. He does most of his gaming on an iPad, so the computer’s limited gaming support won’t hurt too much.

The notebook is available at Amazon for only $428. 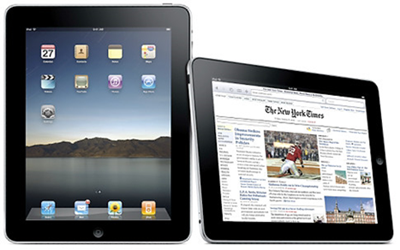 At our house we practice trickle down technology. I bought the original iPad, then gave it to my wife last year when iPad 2 came out. She handed it down to my son and got my iPad 2 when I bought the New iPad this year.

The original iPad still works great and offers incredible battery life. He can take it to class to take notes using a stylus or the built-in keyboard. I also gave him a Logitech Tablet Bluetooth Keyboard (see below) which he’ll likely use most of the time for taking class notes or writing while on the go.

With on-campus Wi-Fi available in most buildings, he can use the Wi-Fi only iPad just about everywhere. He won’t miss the lack of 3G or 4G connectivity. He’s also taking a Kindle for books, but students looking for textbooks on the iPad should check out the CourseSmart app which offers textbooks from major publishers.

For those who want to send an iPad to school with their students, the new one works great but the iPad 2 is still available from Apple for $100 less making it an appealing option.

Michael uses the iPhone 4 because of our trickle down tech.

Apple didn’t change much last fall when it released the iPhone 4S, upgrading the processor, camera and adding Siri. So the iPhone 4 still serves as a fast phone with a great camera in a compact and handy design.

Michael’s a bit of an Apple fanboy, always looking to argue with his brother and me about why he prefers iOS to our Android phones. He prefers the 3.5″ screen and iOS’s simplicity compared to Android.

With apps like Evernote, Springpad and others it’s easy to take notes on one device and access them from any other gadget. 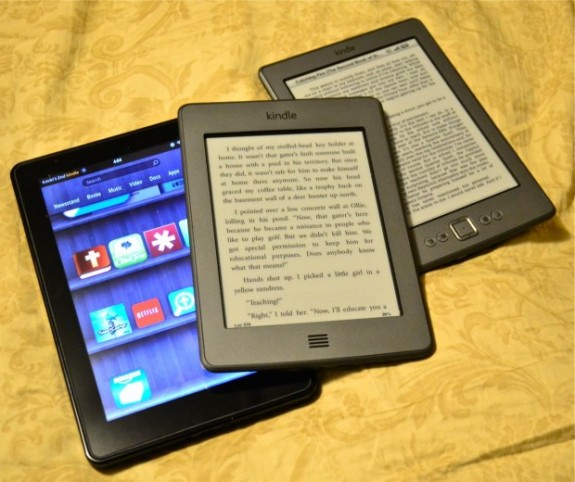 My son loves to read and the Amazon Kindle Touch will help him get some reading done outside or indoors. He uses his iPad a lot, but prefers to read on the Kindle Touch because of the excellent display. We’re hoping that most of his books come in Kindle format to save us some money this semester. He uses the Wi-Fi model, but students at campuses without widespread Wi-Fi coverage or those who commute to school my want to consider the 3G. 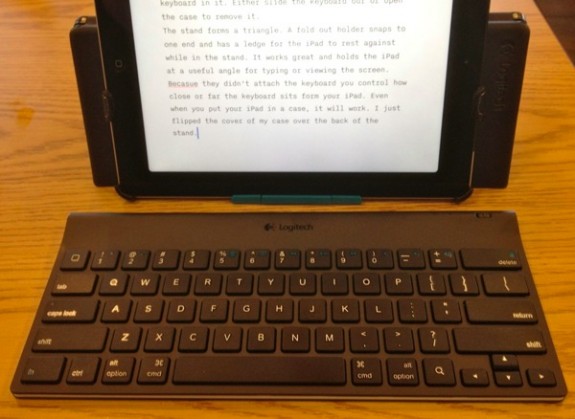 Michael and I both love this keyboard. It connects to a tablet using Bluetooth and offers incredible battery life, comfortable typing layout and includes a great case that also functions as a stand for the iPad.

We like it because it feels like we’re typing on a regular keyboard instead of the narrow keyboards that come in most iPad keyboard cases. This makes it great for those of us with large hands. 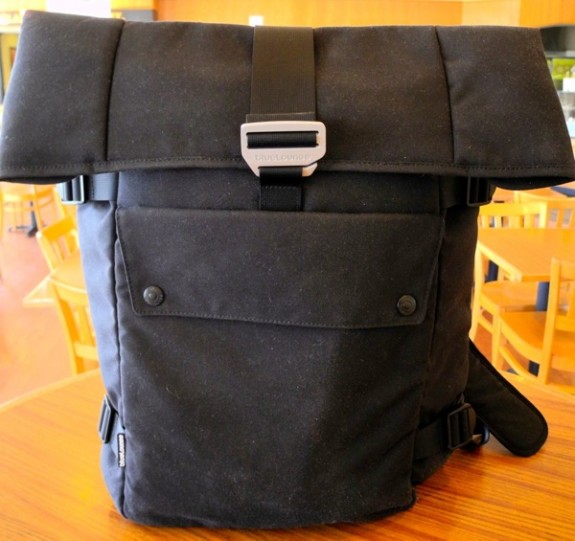 The blueLounge Backpack offers a great option for college students who might need to carry more than just a computer and some accessories. It gives a student plenty of storage space but collapses when he or she needs something more compact.

In my recent review at Notebooks, I wrote that, despite the cost, it gives the user lots of space, durability, comfort, and they make it with 100% recycled material. 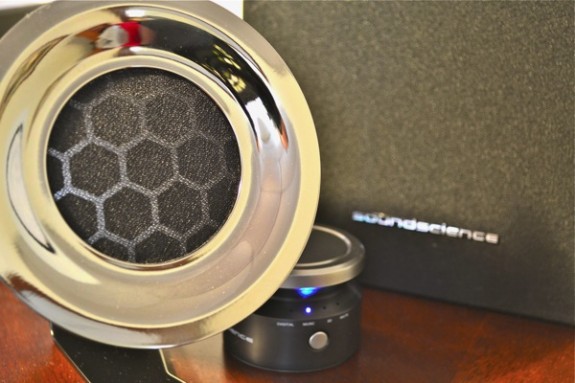 These speakers work and sound great. Getting good sound in a dorm room won’t take an awesome surround sound system that costs hundreds of dollars, but this set of satellite speakers with a big subwoofer will fill my son’s room, and likely the hall, with music. He can hook up his iPhone, iPad or computer to the speaker.

The system only costs $158 at Amazon.

Michael uses this dock to hold his iPad to watch movies and often hooks up his keyboard to use it as a small desktop system. The PadDock 10 charges, syncs and gives the user a decent speaker for listening while using the iPad.

While in the stand, the iPad rotates to either landscape or portrait modes. It holds the iPad up at a higher eye level making it more comfortable for longer uses. Run Air Display ($9.99) on the iPad and it becomes a nice secondary monitor for his computer.

The maker SMK Link offers version for all three iPads for $99. Get one for iPad 2 or New iPad at Amazon for only $67.40.