When Doc Brown set the date inside of his time-traveling DeLorean, he set the date to October 21, 2015 — 30 years from the present date at the time.

The Back to the Future movies are considered some of the best films of our time. In fact, the first movie spent almost three months in the number one spot. The second movie released four years later in 1989, which is the film where Marty and Doc travel into the future instead of into the past.

But how much did Back to the Future II get right about the actual future? In the movie, we see flying cars and fashion trends that would never fly today, but it turns out that a lot of the stuff we see in the movie exists today.

Here are ten products from Back to the Future II that actually exist in today’s world, whether it’s a full-fledged product or even just a working prototype. 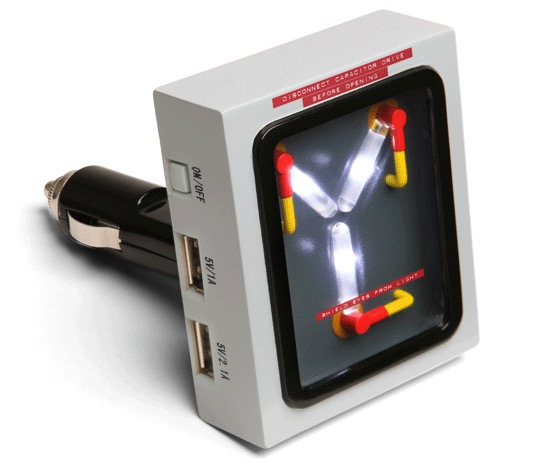 However, you can at least get a feel for what it’s like to have a Flux Capacitor physically in your car.

ThinkGeek offers a Flux Capacitor USB charger that you plug into your cigarette lighter in your vehicle. It lights up and everything, which is really cool, but it can also charge your smartphone. It won’t allow you to time travel, but it does give your phone an extra boost.

While hoverboards aren’t quite as ubiquitous as they are in Back to the Future II, they at least exist for real in today’s 2015. 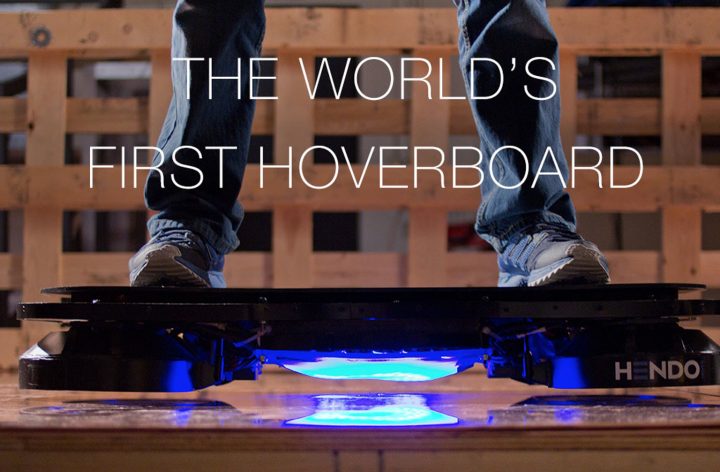 The most notable hoverboard is the Hendo Hoverboard, which started off as a Kickstarter campaign and raised enough funds to produce. Even legendary skateboarder Tony Hawk took it for a spin.

The only downside is that the board uses magnets that create an electromagnetic field, which causes the board to hover over the surface. However, as you might have guessed, the board can only hover over surfaces that are non-ferrous conductors, like copper or aluminum.

While Nike has said in the past that it’s bringing Power Laces to the public at some point, there have been many other instances where tinkerers themselves have built their own version of auto-lacing shoes. 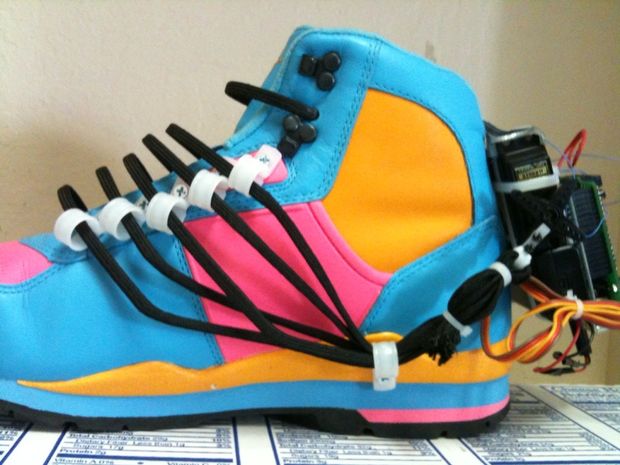 You can even make your own, as there is a tutorial on DIY website Instructables. It uses an Arduino board, as well as servo motors to tighten the laces. It takes a bit of know-how in order to actually make them, but nonetheless, auto-lacing shoes exist in 2015.

While this wasn’t a huge part of Back to the Future II, there’s one scene in the movie where Marty notices that the classic arcade game Wild Gunman is still in the same cafe 30 years later, and after some kids plug it in and get it working, Marty shows off his skills.

The kids comment about having to use your hands in order to play it and call it a “baby’s toy,” hinting to the fact that newer games are hands-free.

In 2015, hands-free gaming as come true, thanks to the Xbox Kinect. While most games are still played with a controller, there are plenty of games that you can play completely hands-free on the Xbox.

Perhaps one of the biggest products seen in Back to the Future II that most resembles what technology is like today is video chatting.

In the movie, Future Marty has a video chat with his boss on his television and promptly gets terminated from his job. While the double necktie that Future Marty sports isn’t quite 2015 fashion in real life, at least the video conferencing is about as spot on as it can get.

There’s a short and funny moment in Back to the Future II where Marty looks up to see a 3D Jaws animation that advertises the new Jaws 19 movie. 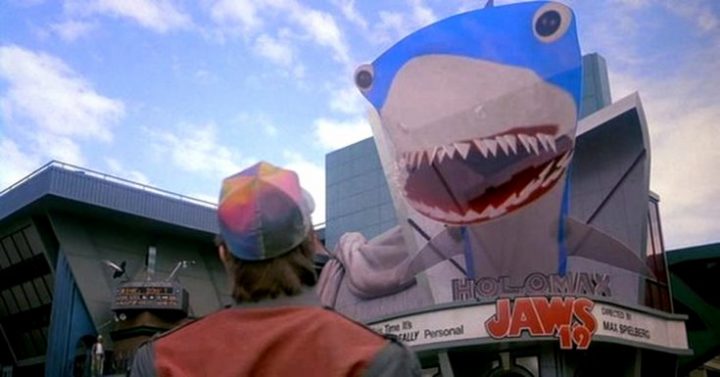 What’s perhaps comical about this is that sequels are big business in today’s movie industry, with some popular films having as many as seven sequels (looking at you, Star Wars). People are obsessed with sequels.

Furthermore, that little scene in the movie shows that 3D movies are all the craze now, which is completely true today. While they’re not quite as popular as when they first came out a few years ago, many studios are still producing big-budget films in 3D.

The same guy holding a clipboard asking citizens to “save the clocktower” is also seen in the second Back to the Future movie as a much older gentleman, but instead of holding a clipboard, he’s holding what appears to be a tablet that people use to sign the petition. 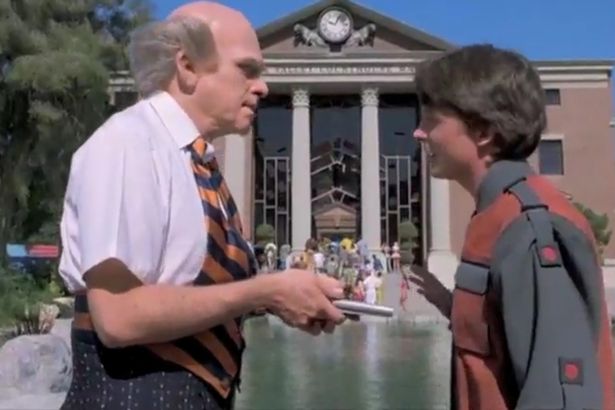 In 2015 today, tablets are all over the place, and while the writers of the movie were probably just having some fun, they probably didn’t even know that they were writing the future.

In fact, it’s possible that there’s actually someone out there in the world right now who is petitioning to save a landmark and using an iPad to collect signatures, just like in Back to the Future II.

In Back to the Future II, a new soda from Pepsi is seen, called Pepsi Perfect, and is displayed in a futuristic-looking bottle. While that product actually never became a mainstream product, Pepsi did release a limited run of Pepsi Perfect. 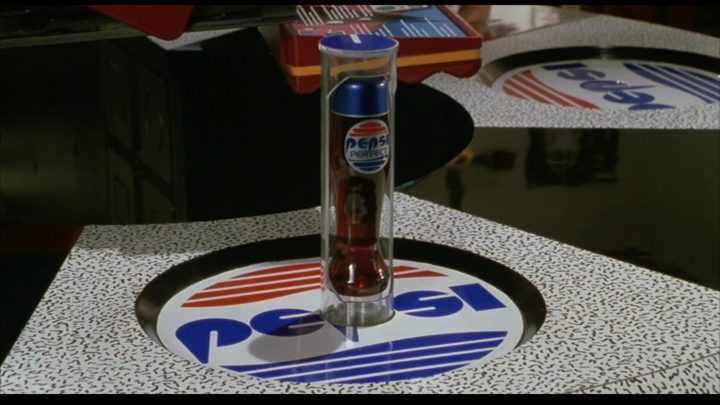 The company announced earlier this month that it would sell just 6,500 bottles of Pepsi Perfect, which is really just regular Pepsi in a cool-looking bottle. However, they’re already sold out, even after selling it for over $20 a pop.

Whether or not Pepsi will make more is unknown, but hears hoping that they do.

Okay, so this actually hasn’t happened yet, but the Cubs are deep into the playoffs as we speak, and it’s furthest that the team has reached the World Series since 2003.

However, the team is close to being eliminated by the New York Mets at the time of this writing, who have a commanding three-game lead in the National League Championship Series, and one more win for the Mets will seal the deal and knock the Cubs out of the playoffs.

A Baseball Team in Florida

In the same scene above, Marty is perhaps more impressed that there’s actually a baseball team in Florida now. 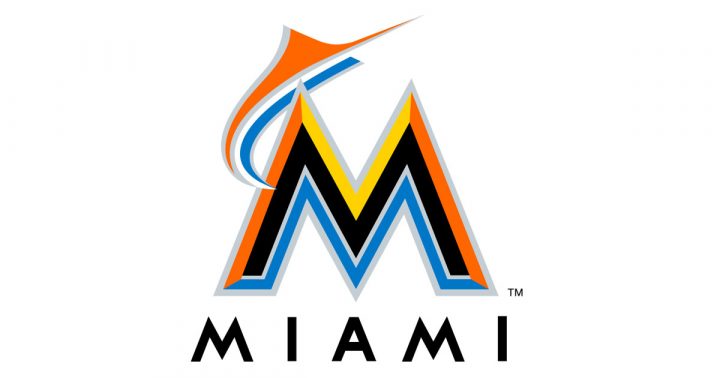 Back when the movie was made, a Florida-based baseball team didn’t exist, but now there are two of them: the Miami Marlins and the Tampa Bay Rays, which entered into the MLB in 1993 and 1998, respectively.