Black Friday is known for great deals, but there are some bad Black Friday deals like the Mach Speed X-Treme $39 tablet at Sears and Kmart.

Typically the worst Black Friday buys are found at CVS or Big Lots, but not to be outdone, Kmart and Sears are trying to sell the X-treme Tab 7″ tablet with Android 4.0 to Black Friday shoppers for $39.

While a $39 Android 4.0 tablet sounds like a great deal, the Mach Speed tablet is a purchase shoppers should avoid. There are many reasons to skip this tablet, especially for shoppers who might think they’ve stumbled on to the tablet gift of the season. 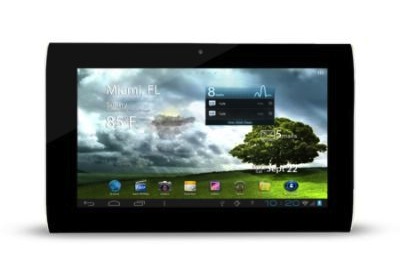 Not everyone needs an iPad or a top of the line Android tablet, nor can they afford one, but that doesn’t mean they should settle for an extremely outdated tablet without access to the Google Play Store.

The video below highlights the difference, and should show users why they will appreciate a capacitive touchscreen.

The Tablet Mach Speed X-Treme $39 Tablet includes a MicroSD card slot to increase storage from the 2GB included, which is a nice touch and the tablet offers WiFi connectivity.

It’s unclear if this model is able to access the Google Play Store for apps and movies, but it is unlikely that support is available right out of the box. Some users report success installing Google Play on other Mach Speed tablets, so it may be possible for users with the know how.

In general the cheapest Android tablets offer a bad user experience for most shoppers. Common complaints from owners of past cheap Black Friday tablets are poor screen resolution, bad access to apps and quirks like the need to hard reset the tablet to get WiFI working on a regular basis.

Shoppers would be better off looking for name brand Android Tablet Black Friday 2012 deals or at the very least, spending a little more for a Black Friday tablet with a capacitive touch screen.