The Barnes & Noble Nook HD and Nook HD+ will now include the Google Play Store. Previously, the Nook devices only offered a proprietary app store from Barnes & Noble, which limited the usefulness of the devices to consumers.

This shift in strategy adds a larger supply of content to a nice piece of hardware making it more appealing. The update will bump the competition in the eReader color tablet segment. The Google Play Store comes on new devices starting today and Barnes & Noble will roll out an update over Wi-Fi to current owners also starting today.

So what does this bring to a Nook HD or HD+ that owners couldn’t get before? Just head over the Google Play Store to find out. The Google Play Store offers more apps than the Nook Store did. It also brings with it more media, like movies, TV shows, songs and music. Some of the apps users will now enjoy, include: 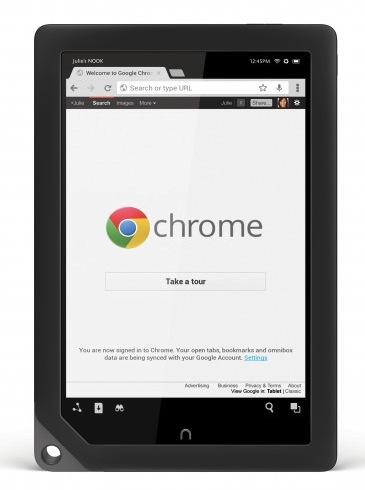 The Nook HD and Nook HD+ come in a 7-inch and 9-inch size with competitive prices of $199 for a 7-inch 8GB Nook HD and $269 for the 9-inch Nook HD+ with 16GB. Despite those prices the limited Nook Store couldn’t offer as much to owners of the Nook as other tablets like the popular Google Nexus 7. Many considered it an eReader that could also install some apps. Adding the Google Play Store will help consumers see this device as a full-fledged tablet.

When we reviewed the previous generation Nook tablet, we loved the hardware and gave it an Editor’s Choice award. The hacker community loved it too since the design made it easy to get under the hood and install different firmware or even run different firmware from a micro-SD card leaving the Nook firmware in tact.

The Nook HD and HD+ come with high-resolution screens measuring 1440×900 and 243 ppi for the smaller tablet. The HD+ with a 9-inch screen comes with 256ppi and a 1920×1280 resolution making it truly 1080p HD. While the pixels per inch ratio measure lower than the Retina display on the iPad, many users will not be able to spot the difference. 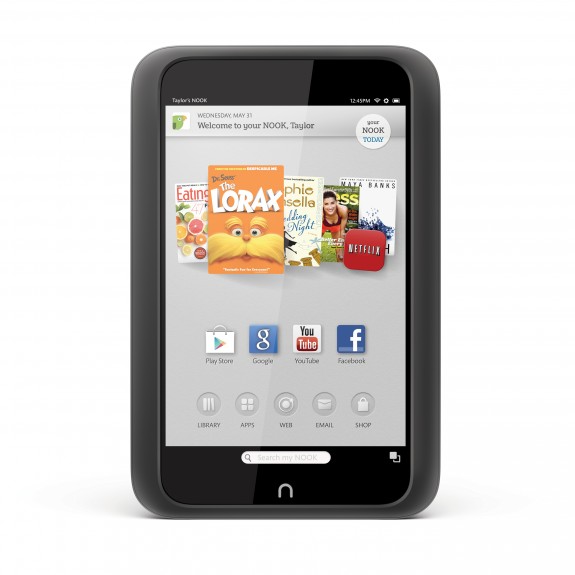 Both Nook tablets offer dual core processors and Wi-Fi for networking. The Nook HD with a 7-inch screen offers either 8 or 16GB of storage. Buyers can get a Nook HD+ with either 16 or 32GB of storage. Neither devices comes with LTE or even 3G so users must find a Wi-Fi connection to download apps and content.

The tablets will still offer the Nook Store with all of the books, magazines, newspapers, comics and other reading content.

People who want the software today without waiting for an update to come over Wi-Fi, can visit the Nook Support site to download it. Be sure to carefully follow the steps to update.