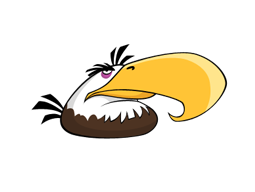 Nook Color owners have one more reason to run into their local Barnes & Noble store these days thanks to the inclusion of a real world element in the latest Angry Birds app which rewards users with a free Mighty Eagle character.

The Mighty Eagle character is a super-player in the world of Angry birds which can help you get past hard to beat levels or help you beef up your “Eagle Score”. The Mighty Eagle normally costs $.99, but Nook Color owners can unlock the character for free when they visit a store. The character only needs to be unlocked once to be used throughout the game, though you will need to wait for the Mighty Eagle to recharge in between use.

Offering another free service is an interesting way for Barnes & Noble to try to draw users into their retail locations and attract more Nook Color purchases. I’m not sure a 99 cent unlockable is that big of a deal in the long run, but Angry Birds addicts will enjoy this treat if they are close enough to a local store.

Personally I would rather see Barnes & Noble offer a book of the month promotion which delivered a half price book deal if purchased in store or some other type of pricing promotion. These types of promotions would also be more appealing if they included Barnes & Noble owned stores like Books-a-Million, which would expand the reach greatly.

Is a free Mighty Eagle enough to get you off your couch and into a Barnes & Noble?