With a tagline like “Be the Batman,” Rocksteady Studios’ Batman: Arkham Knight absolutely needs no introduction or explainer. You are the Batman and you’re about to have rough night fighting super villains and uncovering seditious plots to destroy Gotham City from within.

Alright; I lied. You might assume you don’t need an explainer, but you do. The truth is that Batman Arkham Knight has elements both familiar and foreign. The previous two installments of the game required that players master hand-to-hand combat. Some called it button mashing, but no one ever accused it of not being fun. It’s been upgraded in this game with all sorts of extras. Grappling was your primary mode of transportation in Batman Arkham City and you’ll do that here too with boosts and higher buildings for gliding longer distances. There’s also the Batmobile, which can be called upon at any time to do your bidding. Batman Arkham Knight is so stuffed full of new features that it feels like something foreign at times.

Good games give you a set of tools from a specific character and let you react to situations in the way that character would. There’s nothing wrong with games that do this; most people would likely consider Batman Arkham Knight to be among the games built around this idea. I’d make the argument that those who do believe that simply haven’t looked at Batman Arkham Knight’s sandbox up close.

Batman Arkham Asylum, the first game in the series felt that way, but Batman Arkham Knight didn’t feel that way during my playtest at Warner Brother Games’ E3 2015 booth. I’d argue this game’s true brilliance could be that it seems to get out of the way and let you be the kind of Batman you want to be. For the first few minutes I tried traversing the all-new Gotham City the way I’d become accustomed to. I leaped off the building Batman was purchased on pressed the trigger to gather speed and glided towards a group of thugs whose radio transmissions I could hear through what I assume is an advanced cowl with the ability to intercept communication. 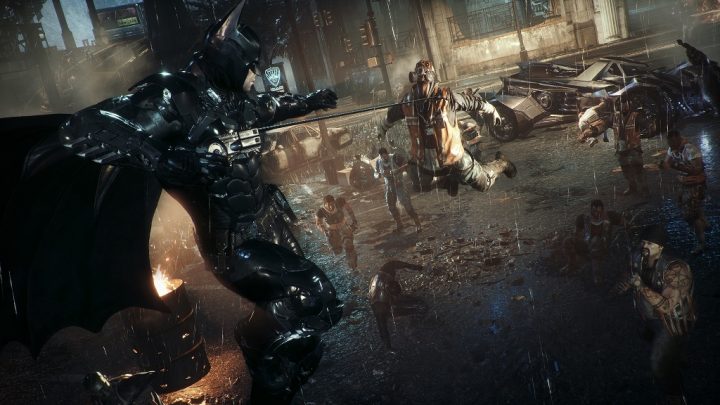 Coming out of that steep first dive I heard the voices again and a compass appeared on-screen. I decided to react immediately, gliding my way past different buildings to get there as quickly as possible. Besides hearing the thugs’ voices, an on-screen compass told me exactly where I should go. While on my way, I ran into a few thugs roaming the streets – too bad for them. Having played the two previous Batman games made by Rocksteady I went in to dispense some justice the only way Batman knows how.

Soon I was flipping, kicking and breaking the faces of every foe there. I managed to chain about 20 combos in a sea of unarmed thugs before I hit the counter-button on my PS4 controller twice in a row and ruined it. I managed to get in another 15 combos before I’d depleted the enemies around me. None of these street thugs were armed; had they’d been I’d have needed to add a few more tricks and been better about using Batman’s gadgets. I did drop a few take downs in the skirmish. That I was able to do a large amount of damage almost is a testament to both the combat from past games and this one. There’s more nuance to fighting, new gadgets and grapple tricks fill out the moves list nicely. On the other hand, those tricks don’t get in the way of the skills you picked up in past games. I do think for some there’s going to be a steep learning curve.

For a second I stood on the street corner, trying to figure out what to do next. I turned to a member of the development team behind me and asked if there was a way to access the map. Turns out you simply double tap the touchpad that’s built into the PS4’s DualShock controller. I marked my objective point — apparently, I’d passed it somehow.

Instead of grappling to the top of the building, I remembered that Batman Arkham Knight has a new crown jewel: the Batmobile. On the PS4 you summon the car with a press of one of the left bumpers, which is great for seamless access. Once inside I kicked in the afterburner, which is something you can manually do. I drove to the bank where Two Face’s goons where already in the process of looting vaults and decided to launch myself out of the car with just a quick button press. Once in the bank I kept to a vantage point to taken in the complete situation. 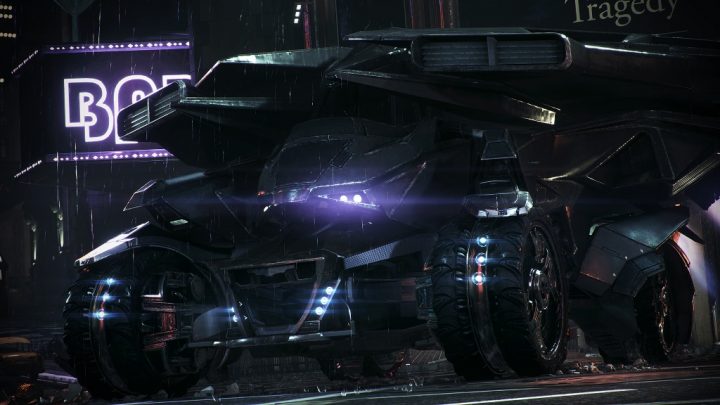 Batman Arkham Knight does give you the tools to be the Batman you want to be, but that doesn’t mean there aren’t missions you’ll need to do specific things. A meter at the top of the screen showed me just how much money Two-Face’s goons had gotten away with, adding some urgency to a pretty tense situation. I spotted a grate and went to work trying to take down each enemy by stealth, which was pretty much required.

Three deaths and three taunts by Two-Face later, I’d finally remembered the keys to stealth combat in the series. Nice on-screen tips refreshed my memory on grates and quick grappling between corners to make myself disappear in an emergency. By the end of the play test I’d managed to pull of the objective. 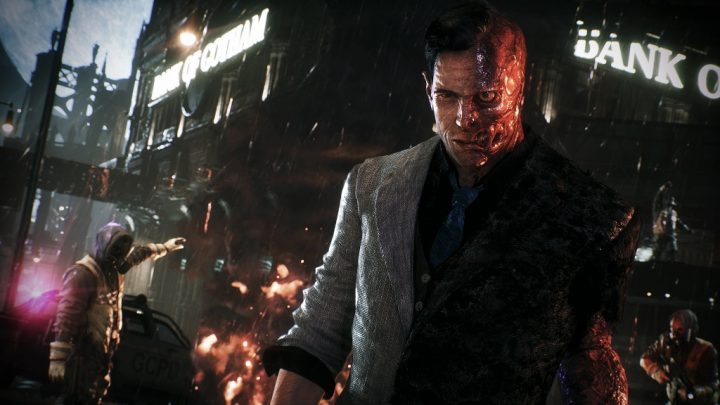 I think that Batman Arkham Knight is going to have a steep learning curve. Combat is pretty seamless, but you can’t get to a third game in a series without adding a bit of complexity; more features and more power are what fans deserve.

I do think that Rocksteady has mad the on-boarding process for new users as less cumbersome as is possible. The tool tips are great, and I didn’t run into any egregious button combinations. The seems like an awesome way to get around, but I didn’t get to try out its assault modes or taken on any of the game’s robotic tanks.

Read: How to Get the Pre-Order Batman Arkham Knight Extras

Batman Arkham Knight launches June 23rd on the Xbox One, PS4 and Windows PCs. It won’t be coming to the Xbox 360 or PS3.