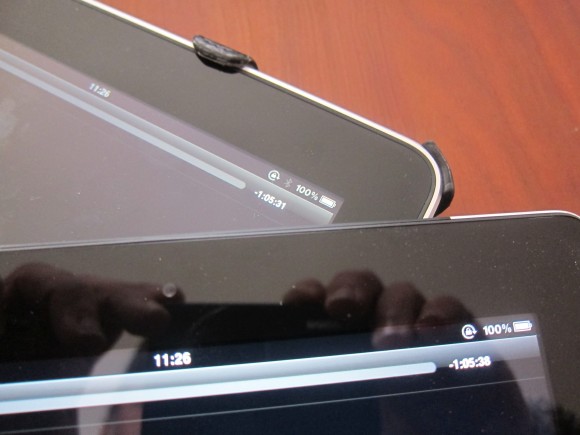 One of the things Apple got right and that continues to bedevil other mobile device makers is battery life. The original iPad far exceeded my and just about anyone else’s expectations. In regular daily usage I could go a couple of days without having to through the iPad on a charge. In days where I used it heavily the battery life would always outlast my waking hours.

By all accounts the iPad 2 has the same secret sauce and with some exceptions folks are reporting that they can get around 10 hours, or some say over that. So far I would agree with that with some caveats that line up with those exceptions. Those exceptions seem to be few and far between but there appear to be some differences between the two generations of the iPad, (beyond the obvious), and perhaps between different models of the iPad 2. My early testing leads me to believe that a lot depends on whether or not you have a WiFi only or a 3G iPad 2.

When Apple rolled out iOS 4.3.1 last week many reported seeing improved battery life on not just the iPad 2 but on the original iPad as well as other iOS devices, so that might have solved the problem in some cases. I have to admit that I saw battery life diminish on my original iPad after the 4.3.1 update and that things appear back to normal on that device. 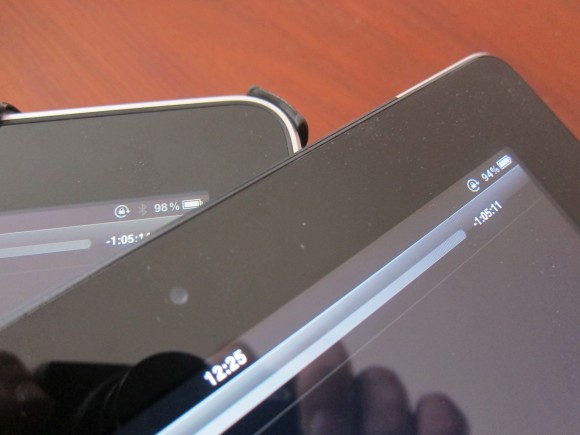 Over the weekend I ran a few comparisons. Both the original iPad and the iPad 2 had iOS 4.3.1 running. This wasn’t to be a run for 10 hours kind of test. I planned to run them for a bit, let them go to sleep, and then test some more. Both were clean booted with no Apps running in the background when I started the testing. WiFi was turned on, Bluetooth turned off, and screen brightness was turned to automatic. I loaded up a movie and ran it continually for a few hours. What I noticed was that the iPad 2’s battery meter dropped more quickly in the first hour or so of testing, settling in at a rate of about 4% less than the original iPad. That stayed the same as I ran the movie twice through before having to leave for opening night of our current show.

After returning from the opening, the party, and the after party, I noticed that the iPad 2 had dropped about 12% behind the original iPad. That was still the result on Monday morning when I checked in. I managed to get through most of the early part of the day before the battery indicator dropped below the 10% level and I charged up again. On the original iPad, it dropped only to about 22%. This had me a little concerned because it pointed to a battery performance that I wasn’t quite expecting. Don’t get me wrong, I wasn’t expecting exactly the same between the two different machines. The processor and graphic changes alone mean some thing have to change, right? But this wasn’t measuring up to what my expectations and what I’ve seen in other testing. 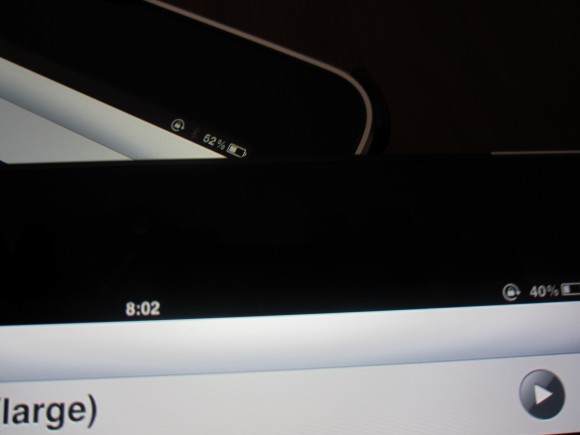 Now, for those who have been having problems there have been a number of solutions suggested, one of which changed things pretty dramatically on my WiFi + 3G iPad 2. Many have said to turn off the Ping service. Ping is that failure of a music recommendation service that Apple launched last year. Apparently it is constantly pinging if you have a connection. I had turned that off before the testing mentioned above. Another is to make sure you run your battery all the way down early on so that it has a chance to calibrate. I had done that also. But something I read yesterday led me to a different solution.

I turned Airplane mode on, and then turned on WiFi. I noticed a dramatic difference right away after doing that and this morning. I usually charge up the iPad overnight so I have a full charge when it is time for the day to begin. Like my findings in the video test I would notice that the iPad 2 would see the battery meter diminish from a fresh charge of 100% more quickly than the original iPad, but after hitting about 90% or so, things would slow down a bit. After flipping the Airplane mode switch, things appeared closer to what I was used to from my original iPad experience. And as this day has moved into mid-afternoon here, I’m really not seeing much of a difference between the two iPads. I also noticed a bit of a difference while testing out the game Infinity Blade. Now, this game has been re-tuned for the iPad 2. But even so, playing the same amount of time in the same bloodline I was seeing better results on the original iPad than on the iPad 2. Once the Airplane mode switch was thrown, things appear to be about equal between the two devices.

Fortunately, in my case, using Airplane mode doesn’t affect the way I plan on using the iPad 2. I bought a 3G model for those one or two times a year I do major traveling, and given that at the moment, I can still flip 3G on or off on a monthly basis that seemed like a logical option. There were only a few times with the WiFi only original iPad that I felt like I was missing out and those were only when I was out of range of my Sprint MiFi card. I’ll probably be taking the MiFi out of my arsenal sometime soon so that is why I went this route.

But, if you’re someone who uses the iPad 2’s 3G radio quite a bit you might find, as I have so far, that you might be pushing that 10 hour expectation mark. Keep in mind that I’ve got an AT&T version and things might be different with the Verizon model. Obviously I’ll do more testing on this and continue to report what I see. But for the moment, while I can say that Apple’s 10 hour claim is correct, I think much of that depends on how you use the device and it may be dependent on whether or not you have a 3G radio installed or not.