Few things in life are as painful as having the entire world at your fingertips and not being able to do anything with it. For no group of individuals does that ring truer smartphone users who’ve managed to make it through an entire workday only to spend the ride home in the company of a dead smartphone. But thanks to a breakthrough in battery technology you could see triple the battery life in future devices and allow rapid charging.

Since the dawn of the battery age, batteries have essentially worked the same. Using anodes made of silicon sheets, current which is created by the chemical reaction inside the battery, is then able to run through to your device’s battery contacts. Though this gave us the ability to charge and recharge our devices, this design quickly becomes a liability as devices repeat the same cycle over and over. Eventually, those sheets take too much damage in the chemical reaction going on during the cycle and begin to deteriorate, leaving you with shorter battery life until they eventually won’t hold a charge at all.

Now, faculty and staff at the University of Southern California’s Viterbi School of Engineering are using a new technique to give us shorter charge times, and even better battery life for everything from the phone in your pocket, to laptop computers, hybrid cars, and tablets. 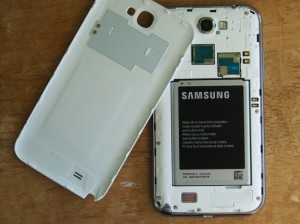 Professor Chongwu Zhou and his team of graduate students including Mingyuan Ge, Jipeng Rong, Xin Fang, Anyi Zhang, and Yunhao Lu  are experimenting with replacing those aforementioned silicon sheets in today’s batteries, with microscopic nano-wires that can better handle the damage done to batteries by charge and recharge cycles. Because this design also allows for more surface area for the battery’s internal chemical reaction to happen, the result is a more effective battery that’s more effective at doing what we’d like them to do, creating and discharging current.

So why isn’t this on the way to your phone already? Unfortunately those nano-wires are incredibly hard to produce on a large scale. That being said, the group has found a way around the issue. Using widely available silicon spheres, and etching them with the same porous design as their nano-wires, the team thinks that they’ve solved their production scale issue.