Battle for Wireless Charging to Heat Up in 2014

The battle for the de factor standard for wireless charging is expected to heat up in 2014 with Power Matters Alliance announcing that it has gained the support from new members Samsung, HTC, and LG in addition to established support from AT&T, Google, Blackberry, Kyocera, NEC, Texas Instruments and ZTE. Power Matters Alliance offers a challenge to the Qi standard backed by the Wireless Power Consortium, with Qi found in many current high-end phones including the HTC Droid DNA, Nokia Lumia 920, and Samsung Galaxy S4. 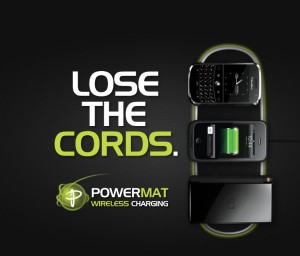 And with conflicting standards right now for wireless charging, consumers may get confused by what devices work with what chargers. Hopefully, things will get sorted out in 2014 with a dominant standard.

Power Matters Alliance is largely led by Powermat Technologies and Procter and Gamble and has enjoyed the backing of AT&T. Another smaller player in the wireless charging arena is the Alliance for Wireless Power, or A4WP, which is headed by Qualcomm and Samsung.

The group announced that wireless carrier AT&T Mobility has asked that its smartphone-makers embed Power Matters Alliance-approved charging components in their smartphones by 2014. It’s unclear if AT&T will only support PMA as the standard moving forward or if it will also support Qi.

“We want to welcome HTC, LG and Samsung to the PMA,” said Jeff Howard, Vice President, Mobile Devices and Accessories at AT&T, and a PMA Board member. “AT&T fully supports the concept of an industry standard for wireless power. In an effort to move toward making this a reality for consumers worldwide and in direct support for the public ecosystem roll out led by Powermat, we have asked our device suppliers to integrate PMA-certified wireless charging solutions by 2014. In the meantime, we are working with them to deploy PMA-certified handsets and accessories as quickly as possible.”

Right now, the flagship Nokia Lumia 920 Windows Phone 8 device uses Qi and is being offered exclusively through AT&T in the U.S., which begs the question if a Lumia 920 successor will have to swap to PMA technologies instead. Nokia has said that it would equip a number of airport lounges with wireless charging pads using the Qi standard. Verizon largely supports devices currently with the Qi standard. Qi is also supported by Toyota as an option in select cars.

PMA is also backed by Starbucks and so likely we’ll see PMA wireless charging pads in Starbucks coffee shops in the future. It will also soon be deployed at a number of McDonald’s locations in Europe.

With competing standards, this will be the tech battle similar to the battle between HD-DVD and Blu-ray in the past to see who wins the standards war, or VHS v. Betamax.