The Battlefield Hardline release date is here and there are still many things that buyers will want to know before they stop and pick up a copy of the game, or perhaps what to do once they get the game home and get ready to play.

Join in on this new game of cops and robbers with Battlefield Hardline tips to level up faster while you explore the new game modes and weapons.

Here’s what buyers need to know about the Battlefield Hardline release. 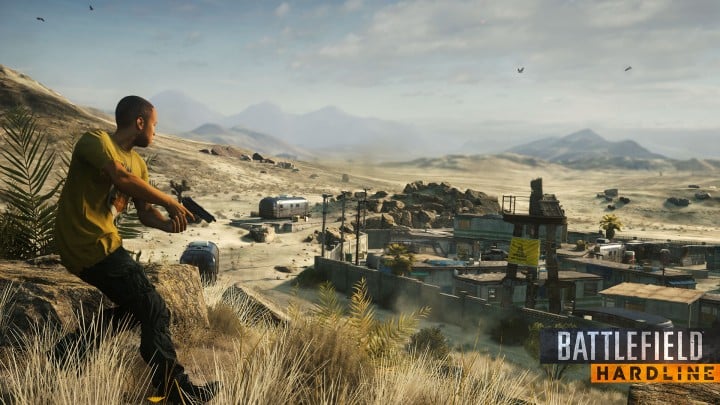 There are multiple Battlefield Hardline editions to buy.

You need to download the Battlefield Hardline Ultimate Edition from the Xbox Store, from the PSN Store or from Origin.

On Meta Critic the Metascore from 16 publications is a 76. That breaks down into 11 positive reviews and five mixed reviews at current count. The user reviews are more evenly split, but many of the negative reviews lack a real explanation of why they game deserves a low score.

The Battlefield Hardline review video above outlines the new single player mode that equips you with the power of a badge that makes even the best armed bad guys quickly submit to your arrest and then delivers a look at the multiplayer modes.

The best surprise of the release is that there aren’t widespread Battlefield Hardline problems. This may be the first big game to arrive in the last six months without a maddening level of downtime and problems. Call of Duty: Advanced Warfare, Halo Master Chief Collection and many other games from late 2014 arrived to too many problems to recount here and in many cases were impossible to play for days or even weeks.

The most common Battlefield Hardline problem we found was that come users ran into issues downloading the game after purchasing it, but even then it was a handful of complaints, not hundreds.

You can get this for $49.99 on any of the platforms. It is part of the Battlefield Hardline Ultimate edition that you can buy digitally.