Although there is a single player mode the online multiplayer component of Battlefield Hardline is the star of the show with heists, car chases and a lot of action — when players can connect. 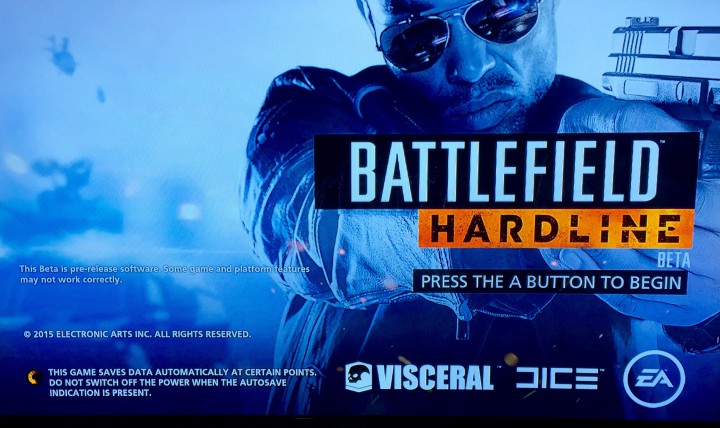 Users report Battlefield Hardline problems connecting to servers on PS4 and Xbox One.

Although the just launched PSN Status page shows that all servers are up and running and the Xbox Live Status page does not mention any specific Battlefield Hardline problems but does warn that “Social and Gaming” are “Limited”.

Late on March 18th Battlefield shared a statement, but there has not been a major update since. In response to the Battlefield Hardline problems, the official Twitter account shared,

“We are aware of the ongoing #BFHardline connectivity issues. We’ve got our best on it and hope to resolve soon. Thanks for your patience.”

@Battlefield hi i cant play bf hardline online on ps4 and every time it says you lost your connection to psn …… Etc .

the trials been great all week,now its gone worldwide.the connection keeps dropping out…. #EA #BattlefieldHardline

@EA #BattlefieldHardline "error information – you have lost connection to the session" For two days now. Havent played a single second of MP

@wesleybeslydin We'll update everyone here as soon as we get this resolved.

“Top men are working to resolve this issue as soon as possible. Hang in there guys!”

If you see others able to connect and play but you are still experiencing Battlefield Hardline problems, you may need to power cycle your modem or router by unplugging them for a minute and then turning the console off and unplugging it for a few minutes and then trying everything again. Once the Battlefield Hardline problems are fixed on the server end you still need to deal with the possibility of problems on your network.