If you want to level up faster you need to use these Battlefield Hardline tips to play better than your competition, earn cash for upgrades and unlock new options in the latest Battlefield game.

With these five Battlefield Hardline tips and tricks you can earn more cash, upgrade faster and gain an edge on your competition. 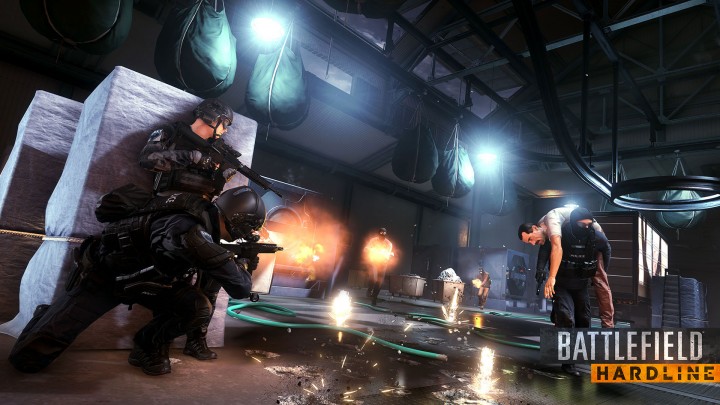 Here are the Battlefield Hardline tips and tricks you need to level up faster and be a better player.

Read: What is Battlefield Hardline Premium?

The video above walks through the Battlefield Hardline tips to earn XP faster, earn more cash so that you can buy more guns. Westie walks through the various Battlefield Hardline boosts and how they work in Hardline, which lets you earn more for specific actions depending on your class and what mode you need. If you play in Hotline with an objective boost you can quickly grind points by driving or riding. Another option is to use Infantry with a boost that matches it.

Starting out in Team Death Match (TDM) in Battlefield Hardline is a good place to check out the weapons, learn the maps and earn cash to go for upgrades like angle grip and extended mags and the resuscitate gadget.

This video also shows you the Battlefield Hardline mini map tips and tricks that will help you figure out where enemies are, how to get better at capturing points on the map. Plus you’ll learn how to collapse the mansion on the Hollywood Heights map.

In this short video you’ll learn how to make your mini map bigger so you can see the enemy easier while you are in the game, so you can make better use of interrogation and more. You’ll also learn about weapons, smoke grenades and strategies for capture the flag, setting a spawn beacon and more.

There are also tips on what to explode to change the level through “levolution” – aka changing the maps for a new game experience.