If you’re looking for a great Beats deal on some new headphones, Apple will give you a free $60 iTunes gift card when you buy a pair.

If you didn’t know, Apple bought Beats last year and now owns the stylish headphone brand. While nothing has really changed as far as Beats is concerned, Apple hasn’t been shy about offering up some Beats deals for buyers to take advantage of.

For instance, there were some great Black Friday deals on Beats headphones and speakers, allowing you to save up to $150 on select Beats products. Plus, earlier this year Apple gave students who bought a new MacBook a pair of Beats Solo2 headphones for free, or Solo2 Wireless headphones for $100 ($200 off), which is a pretty great deal. 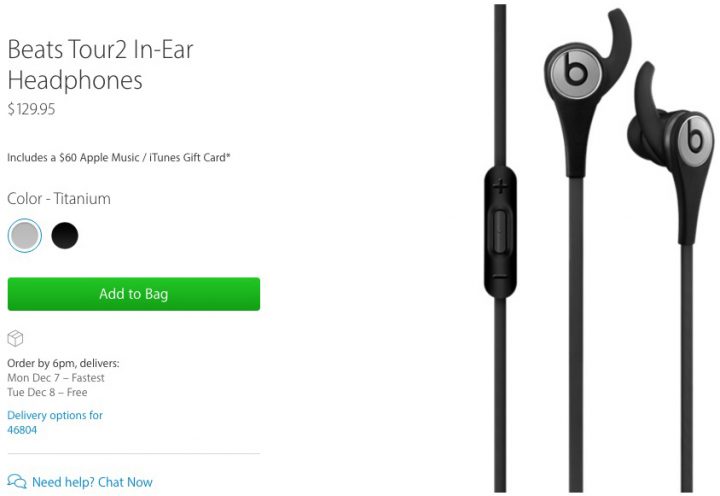 If you’re in the market for some new Beats headphones, you’ll get a free $60 iTunes gift card when you purchase a pair, so you could buy a pair of Beats Tour2 in-ear headphones for $130 and get the $60 gift card, which means you would essentially only be paying $70 for the pair of headphones, which is a cool 46% off the normal price.

All pairs of headphones are eligible for the deal except for the $99 urBeats, which would be way too good of a deal for Apple to offer. However, the promo does work with the new Beats Pill+ speaker, which costs $229. 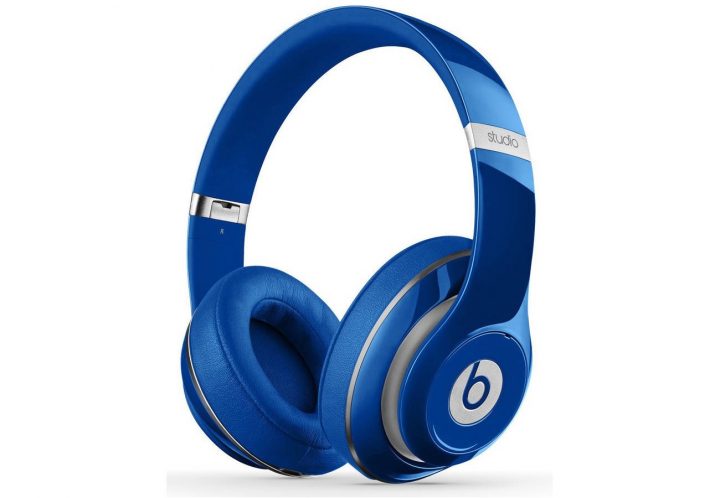 What’s most interesting about this promotion is that Apple is calling it an “Apple Music/iTunes gift card” probably in the hopes that more users will use the gift card to sign up for Apple Music, which is the company’s new music streaming service that costs $9.99 per month after the free three-month trial.

The new service looks to be going great, but it’s still competing heavily against the likes of Spotify, Pandora, etc., and if it wants to get ahead, it’ll need more subscribers.

However, despite Apple’s persuasion towards Apple Music, you can actually use the gift card toward anything in the iTunes Store, including iPhone apps if you’d like.