From pricing to privacy concerns, Google has attracted a lot of attention with its wearable smart glasses dubbed Google Glass. Most recently, though, another issue with Glass popped up in the state of California where a motorist was ticketed for distracted driving because she was wearing Google Glass when she pulled over by the California Highway Patrol.

Cecilia Abadie became the first person to get a citation for using Google Glass while behind the wheel. The citation was because she was “driving with monitor visible to driver,” where the CHP officer noted the heads-up display obscuring part of her eye with Google Glass.

According to the officer, the heads-up display blocked her field of vision and created a distraction while Abadie was driving. 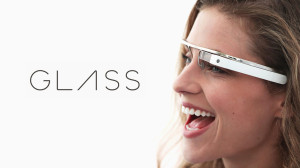 Arguing her case in traffic court in San Diego, Abadie and her lawyer claim that Google Glass was not in use at the time she was pulled over. As such, she isn’t in any violation of any laws.

The judge agreed with Abadie as it would be hard to prove whether or not she had Google Glass turned on and active at the time of the incident. Commissioner John Blair argues that having Google Glass on your head is perfectly legal while driving if it’s turned off or not in use.

This will likely be the first of many cases to arise from the use of wearable computing technology and driving. Some may argue that having Google Glass while driving will make driving far safer than not using this technology. Proponents of this technology would argue that, for example, having Google Maps and driving directions show up on the heads-up display could be safer than having to glance down to the center stack, taking one’s eyes and attention off the road for a split section, to view upcoming turn-by-turn directions.

Outside of California, lawmakers in several states are already beginning to try to ban Google Glass for drivers behind the wheel. In California, though, the line is still murky. The California Department of Vehicle still needs to clarify existing laws on the emergence of wearable technologies like Google Glass. For one, the code that Abadie was charged with shows that if the display is used for entertainment purposes, it would be in violation. However, a clause of the same code would exempt Abadie if Glass was classified as a mapping display tool. Right now, it’s unclear where Google Glass fits, and if it straddles both categories how law enforcement will be able to tackle this broad issue.

So right now, Californians could still safely Glass and drive without penalties, provided that their Glass is turned off or inactive while the driving is happening. But to be totally safe, perhaps drivers should just abide by the “it can wait” rule.