Today Belkin announced two of the first third-party accessories for the Lightning port in the new iPhone 5, a car charger and a charging dock.

Both accessories will cost $29.99, and will ship sometime in mid-November.

The car charger, dubbed the Belkin Car Charger for Lightning is the one of, if not the first Made for iPhone approved accessory that uses a Lightning cable. The car charger is just like any other car charger, except it has a hardwired 4-foot Lightning cable attached to it, which will make it easier for users to charge their iPhone 5, iPad mini, or iPad fourth generation while driving. 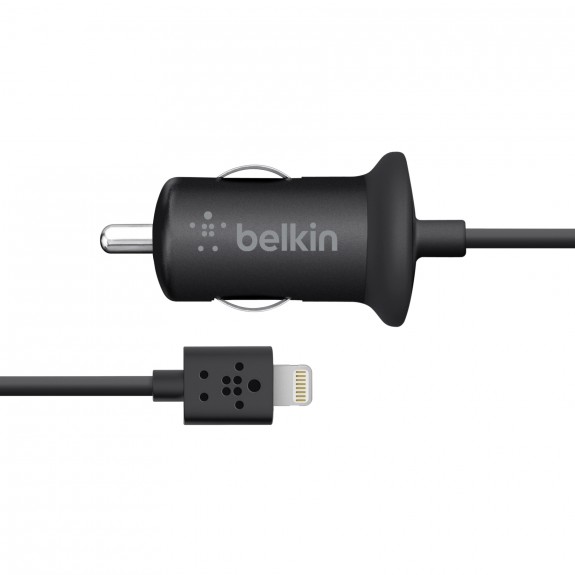 The second accessory is the Belkin Charge + Sync Dock. Unlike the Car Charger for Lightning, the Charge + Syn Dock doesn’t carry Made for iPhone certification. That’s because the device uses an official Apple Lightning cable instead of its own. Users have to loop their cable into the dock for it to charge.

The Belkin Charge + Sync Dock has an audio jack on the bottom which routes sound from the iPhone 5 through the dock to an audio-out port. The AUX jack can fold down if users don’t want it. It’s likely only there because the headphone jack is on the bottom of the iPhone 5, and the dock blocks access to it. The iPhone 5 dock also features a removable magnetic base. 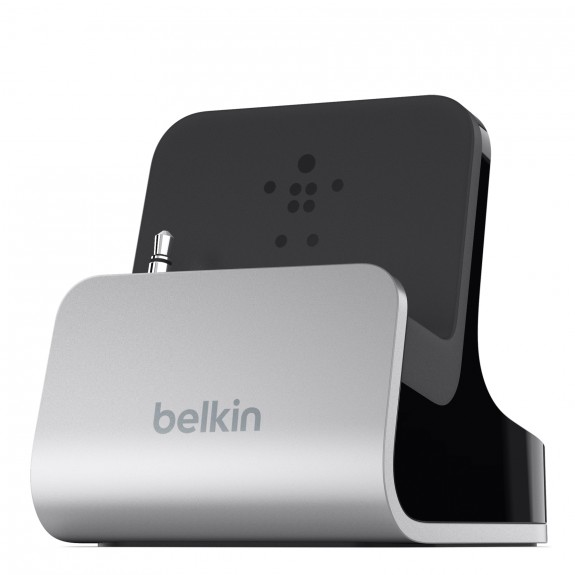 Recent rumors say Apple will hold a seminar for Made for iPhone on November 7 and 8 in China. The event will detail changes to Made for iPhone/iPad/iPod including the new Lightning port. Because of the event more third-party manufacturers will likely announce their Lightning accessories over the next few weeks.

Some, like these two Belkin accessories will come to market in time for the holidays, though many, like battery cases likely won’t come to market until sometime in early 2013. It will take time for the accessory ecosystem to fully adopt the Lightning adapter, but big name accessory makers will likely have their first products out soon.