This results in iPads, laptops and smartphones that can connect to your home network, but not to the Internet. Here’s what we know about the issue.

Update 2: Belkin issues a new fix and shares a statement on the Belkin router problems.

Update 3: Belkin issued this statement to Gotta Be Mobile:

“We have confirmed that the internet connectivity issue is now resolved.

If your service has not yet been restored, please unplug your router and plug it back in after waiting 1 minute. Wait 5 more minutes and the router should reconnect. If you have any further issues, please contact our support at (800) 223-5546.

We sincerely apologize for this inconvenience to our customers. We are taking a number of actions to eliminate this sort of incident from reoccurring.”

Update 4: Belkin clarifies the cause of the problems.

“There have been reports that firmware played a part in the outage that impacted select Belkin routers on Tuesday, October 7th.  We want our customers and partners to know that firmware had no impact on the outage whatsoever nor was there a firmware upgrade during this period.  As mentioned in a previous statement, the outage was caused by a change made in our data center that triggered a false denial of service to the router.  As always, we continue to monitor the system, but as of 3:00 PM PST on Tuesday, this issue was resolved.”

Complaints streamed for Belkin router problems starting early this morning on Time Warner Cable, Comcast, Charter, Cox and other ISPs ran into trouble for many users with a Belkin router.

Belkin explains the Belkin router problems in a new statement shared with Gotta Be Mobile.

“Starting approximately midnight on October 7, Belkin began experiencing an issue with a service configured in certain Belkin router models that causes a failure when it checks for general network connectivity by pinging a site hosted by Belkin.

We know this issue has affected select older Wireless-N Belkin router models including F9K1102, F9K1105, F9K1113 and F9K1116. We are continuing to investigate other possible routers that may have been affected.  We are working to resolve this issue as quickly as possible.  Until there is a fix in place, we have identified a workaround for customers that are using the F9K1102 and F9K1105 routers to regain internet connectivity.

That work-around as well as ongoing updates can be found at our outage status page for more information: www.belkin.com/outage”

Although not listed in the models above, one of the Gotta Be Mobile team is now able to connect without using the previously shared workarounds on the model F9K1116V1.

Belkin router problems break the internet for many.

When calling Charter to discuss the problem users are greeted with a message telling them to contact Belkin about the problem. If you own a Belkin router that cannot connect but the lights on your modem look like they are working correctly you are probably impacted by this problem. The Internet status light on the Belkin router may appear orange instead of green if you are part of this outage.

If you call Belkin for help you can expect long waits and disconnects. On Twitter users reaching out to @BelkinCares are complaining about connection issues with Time Warner Cable, Cox, Charter and other providers. At some points there are 50 to 70 tweets to Belkin about the problem in a 10 minute span.

“We are aware of reports of an interruption to internet service when using some Belkin and Linksys routers with several internet service providers. Our team is diligently working to root cause the issue. Our call centers are also experiencing a higher than normal call rate so hold times are longer than normal. Our call centers have no solution to this problem at this time. Please check this status page for further updates.” 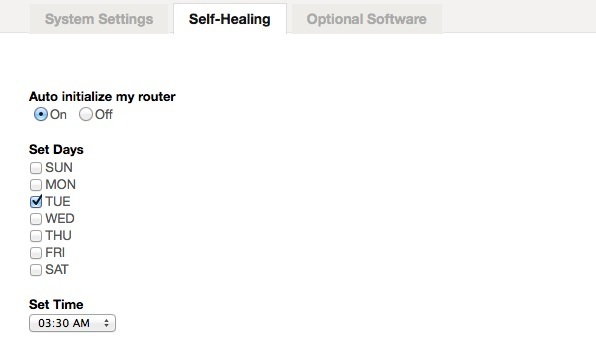 Belkin router problems started with a self heal option.

There is no specific model affected by the Belkin Router problems, but we are seeing the following models appear in complaints. If you don’t see your model number here, it doesn’t mean you aren’t experiencing this same Belkin router problem.

Here are some complaints that users are sharing with Belkin on Twitter, after cable companies directed users to talk to Belkin.

@BelkinCares ISP is Comcast. I have no wireless connectivity. My router just sits there with an amber light. Wired direct from modem works.

@BelkinCares my isp is cox communications

These are just a few of the Belkin router problems keeping users offline.

There are two possible fixes for Belkin router problems, neither of which is perfect, but it may get you online for now. The easiest method to get your computer online is to use the network cable that normally plugs into the Belkin router and plug it right into your computer. This may prove a challenge on laptops without ethernet cables or for iPads, tablets and other home devices.

For now these are the only options available unless you have a spare router in a drawer or you can use your smartphone as a hotspot. If you own an older router you can swap that in, just make sure it doesn’t auto update if it is also a Belkin router.

Skip the Belkin router and connect your ethernet cable from the router to your computer.

You can also use your smartphone to get your computer online. This is included with many shared data plan options, but you’ll use your limited smartphone data. Her are guides for popular devices;

Stay tuned for more on these Belkin Router problems and potential fixes.