Belkin showed off its Thunderbolt Express Dock at the Macworld/iWorld 2013 Expo in San Francisco. Like other Thunderbolt-compatible accessories, this dock commands a premium price. 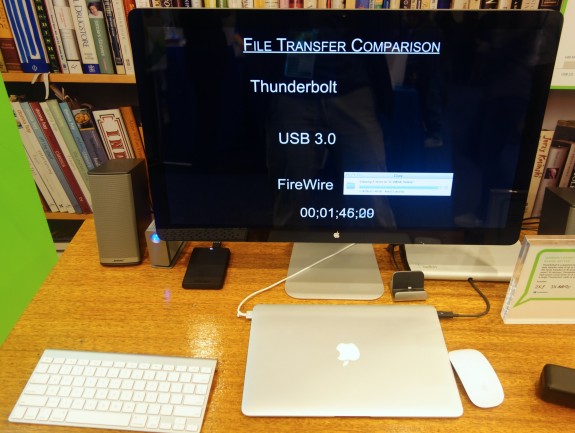 The silver and black styling of the Belkin Dock blend right in with MacBooks and other Apple gear.

A Belkin representative demonstrated the device on video for GottaBeMobile.

While there are two Thunderbolt ports on the back of Belkin’s dock, one will be occupied by the cable that connects the device to the Mac. The remaining port can be used to connect an additional Thunderbolt device, such as an external drive or Thunderbolt Display. 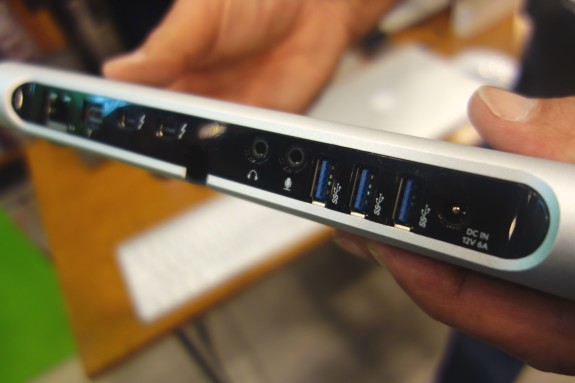 The Thunderbolt Express Dock is especially useful when paired with the 11″ or 13″ MacBook Air, both of which are too slim for a built-in Ethernet port and which have only two USB 3.0 ports. Apple sells Ethernet adapters for the MacBook Air and MacBook Pro with Retina Display, but they occupy a precious USB or Thunderbolt port when in use.