The Belkin WeMo Crock Pot is essentially a slow cooker that you can control from your iPhone or Android to control the cooking experience and learn when your food is done.

Belkin even sports the Crock Pot name, and will certainly earn a reputation as a WiFi connected Crock Pot.

WeMo is Belkin’s brand of connected electronics which use your home’s WiFi to share data and offer control of outlets, lights and more. 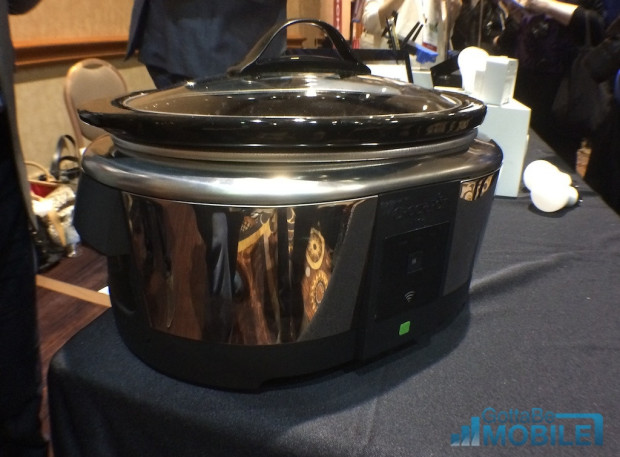 The Belkin WiFi Crock Pot is a WeMo slow cooker that allows iPhone and Android control.

This could be handy for slow cooker recipe fans who need a slow cooker to turn on in the middle of the day, or who want to be able to control the temperature while away from the house.

Users can control the WiFi Slow cooker with an iPhone, iPad or Android device, so you’ll be able to use it with most major smartphones. 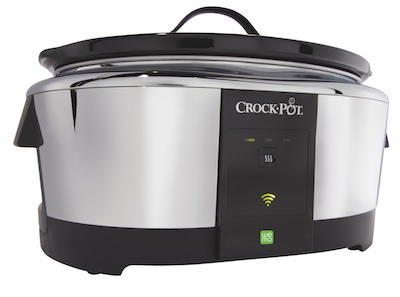 This WiFi Slow Cooker is one of several new WeMo accessories at CES 2014.

While the Belkin WeMo Slow Cooker is not a cheap slow cooker, it is not incredibly expensive for the WiFi connected and remote control features it brings to the table.

In addition to the WeMo Crock Pot, Belkin is introducing a number of new WeMo kitchen accessories and small appliances like a Mr. Coffee Smart Coffee Maker a Holmes Smart Console Heater, Humidifier and Smart Air Purifier. This is the beginning of a WeMo invasion of your kitchen, and to their credit Belkin appears intent on partnering with well known names in the small appliance area.