Benchmarking site GLBenchmark may have revealed an unannounced Samsung phone with the model number SGH-I425 that’s headed to U.S. carrier Verizon Wireless’ 4G LTE network. The smartphone has a codename of Godiva and appears to be a mid-range model with some commendable specs that are similar to those found on the U.S. release of the flagship Galaxy S3 smartphone. 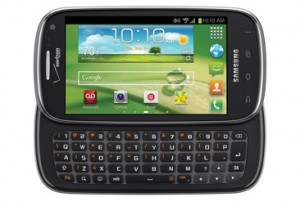 As shown, Stratosphere II with keyboard.

The device is known to have a display with a 720p HD resolution, though at this time it’s unclear what the screen size would be. The unknown smartphone model also has a 1.4 GHz Qualcomm chipset with an Adreno 305 graphics unit, so it may be a different CPU than that on the U.S. Galaxy S3 release.

The GLBenchmarks were spotted by Android Authority.

The device may be a successor to the Stratosphere 2 and be be known as the Stratosphere 3 when it launches, which means it could have a landscape-oriented sliding QWERTY keyboard. This would be a compelling device to those who want a physical QWERTY keyboard on their Android smartphone as the device would boast Galaxy S3-like specs in an affordable package. 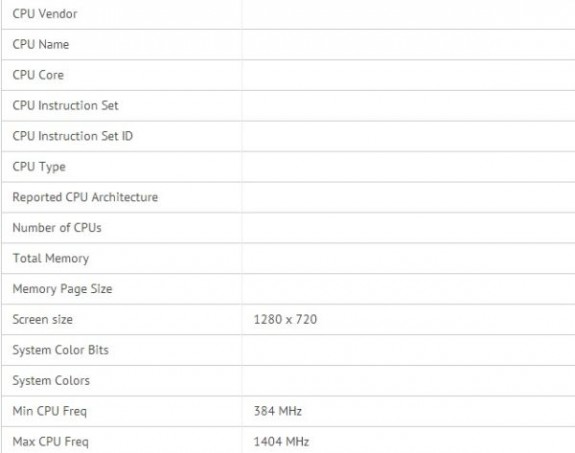 With touchscreen keyboards getting better and the trend towards larger displays with higher resolutions, keyboarded devices are becoming increasingly more rare. With devices accommodating a sliding keyboard form factor, manufacturers tend to keep the device’s display size more compact to accommodate the increase in thickness. This helps to keep the device pocketable while delivering an optimal user experience. As such, it’s unclear if the Stratosphere 3 will have a display as large as the 4.8-inch HD Super AMOLD display on the flagship Galaxy S3.

It’s unclear what the release date for this device is as the Stratosphere 2 was released only recently in late 2012.