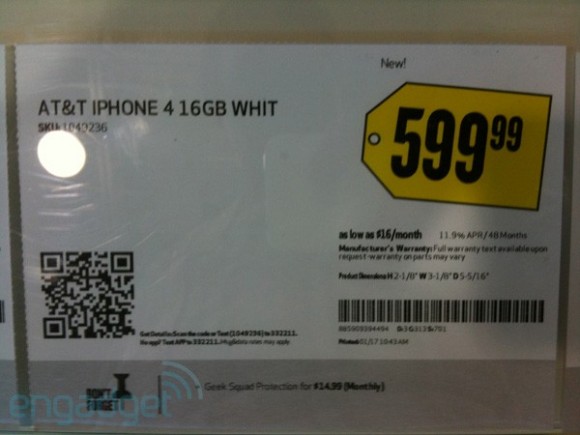 From the reflection on the label, it seems that the white iPhone 4’s label was snapped by another white iPhone 4. However, the reflection can be deceiving as it could either be a legitimate and officially shipping version from Apple or a black iPhone 4 retrofitted with an after-market mod kit consisting of a white front and back plate from shops such as iFix Direct.

The white iPhone 4 has been spotted in the past for a 2/27 release date on Best Buy’s computer system along with inventory systems from German carrier Vodafone.