Best Buy had announced that it will be the exclusive source for the colorful blue hue of the metallic HTC One. The unibody aluminum smartphone with its zero-gap construction will be available in blue at Best Buy retail outlets, Best Buy Mobile stores, and through Best Buy websites starting this Sunday, September 15th.

The blue model was announced initially at the IFA trade show in Germany last week, but HTC had not announced availability or pricing at that venue. Now, we know that the blue color will be an exclusive to Best Buy in the U.S. market. Pricing will likely be the same as other versions of the HTC One that Best Buy currently sells.

The blue HTC One handset will be available for AT&T, Sprint, and Verizon. T-Mobile, unfortunately, won’t be partaking in offering the new color. 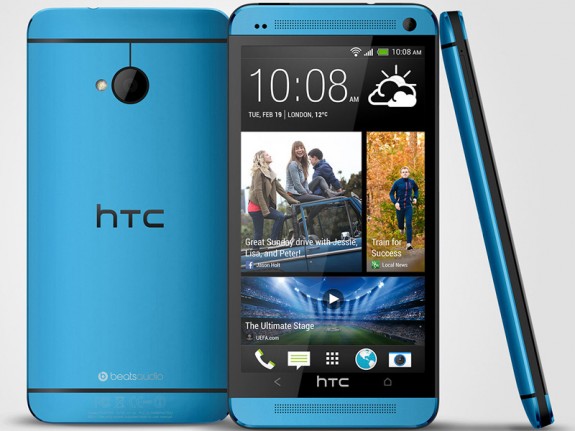 Aside from the new Metallic Blue hue, nothing else has changed with the handset. It will still come with the same 4-megapixel Ultrapixel camera, sleek design, BoomSound front-facing stereo speakers, Snapdragon 600 processor under the hood, and Android with HTC Sense and BlinkFeed.

Though often rumored in the past, news of the blue HTC One handset was made just ahead of Apple’s debut of new colorful smartphones Tuesday morning. Apple is expected to announce its flagship iPhone 5S with a fingerprint reader and a third champagne color option in addition to the standard black and white models. The more budget-oriented iPhone 5C will sport a unibody plastic design and will come in fresher more colorful palettes.

The HTC One has been a popular phone for the company. In addition to the HTC One, there’s also the recently launched HTC One Mini on AT&T’s network. HTC is also rumored to be working on a 6-inch phablet in the form of the HTC One Max as well, though that phone hasn’t been announced.