Best Buy to bring tablets home for the holidays 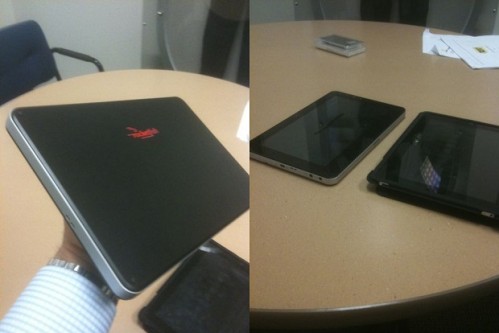 Forbes reports that Best Buy is serious about tablets for this holiday season, and not just that one but as many as a number less than 32.

“Going into the holidays, we will make tablets a focus,” said Shawn Score, the president of Best Buy’s wireless retail unit, Best Buy Mobile, in an interview. “Like e-readers over the last couple years, we think customers will think of Best Buy for tablets and expect us to have the right ones.”

Emphasis there on “right ones.” Score insists they’ll have options for Android users, BlackBerry users, and every other flavor under the sun, not just that Apple-flavored one, although he specifies it won’t be 32. This seems to support several tablet rumors out there, including RIM’s “BlackPad,” a Google Chrome tablet from Verizon (sold through BB Mobile), and Best Buy’s own Rocketfish-branded tablet. Add to that the expected flood of tablets from Asus and other manufacturers and the predictions that 2010 will be “The Year of the Tablet” may yet prove true at the last possible minute.