If you’re in the market for an affordable smartphone you have a lot of options. There are tons of quality smartphones to choose from in 2014, and a new one was just announced last week. There are many expensive flagship smartphones like the Samsung Galaxy S5 or new LG G3, but budget devices like the popular Moto G, which just got replaced by a new Moto G, is one of many to make our list below.

Those trying to decide on a new smartphone for back to school or before the holidays may be a bit overwhelmed, as there are tons of choices available. It’s a daunting task if you’re not up with the latest news, but we have you covered. Smartphones are expensive and need to be chose carefully, even if you choose a carrier payment installment plan. If you’re looking for some of the best cheap Android smartphones, ones that aren’t awful, we’ve outlined a few good choices below.

There are a few awesome new phones available today that weren’t available earlier this summer, and one in particular is the new Moto G. It has tons to offer, as do the others below. So check them out. There are also devices from last year that are now starting to become lower in price as they age, like the Galaxy S4, or LG G2. Below we’ve detailed a few excellent cheap Android smartphones, or options for those who don’t want to sign a 2-year contract. 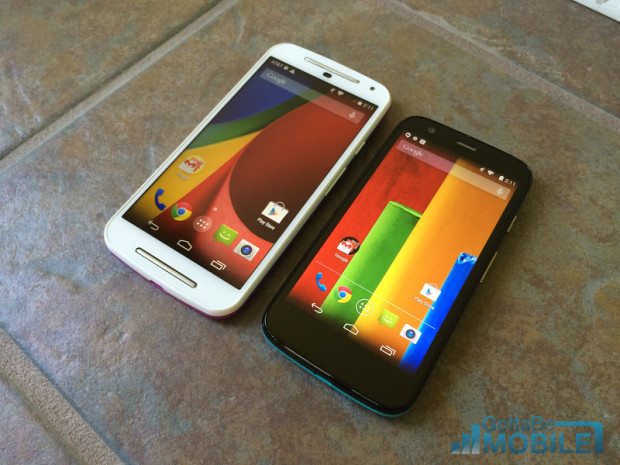 The new Galaxy S5 is a popular smartphone, and the upcoming Galaxy Note 4 looks pretty impressive too. With both of those taking many consumers money, it leaves the older models at a discount. We’ll rundown a few of those below, but most are new smartphones for those on a budget, not just old phones that have received heavy discounts.

Not everyone can spend $599 or more, or want to sign a new 2-year contract for the Galaxy S5 or upcoming iPhone 6. If you’re one of the millions looking for a better, cheaper route, we have you covered.

Everyone is different, and each buyer has different needs or wants. That being said, we’ve gathered a few excellent options in no particular order below for those seeking a wallet-friendly smartphone this summer. One that isn’t a pile of junk. These are a few the editors here at Gotta Be Mobile deemed acceptable enough to make the list. With that in mind, lets get started with a few of your best choices here as September continues and summer comes to a close.