The new Madden release arrives on August 26th, and we’ll see more about the new Madden Ultimate Team mode in the coming days. 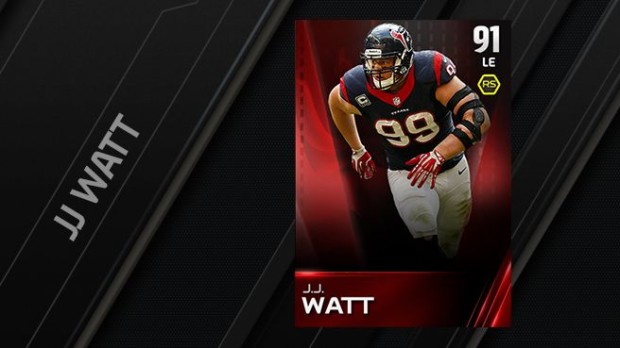 This is the best Madden 15 Ultimate Team player.

We already ran down the major changes to the Ultimate Team Mode, that should make playing this fun new mode much better than in Madden 25 last year.

EA promises, “The 2015 MUT season is set to deliver the best looking premium and elite Items we’ve ever released, so get ready to earn some serious bragging rights.” On top of the changes already made to the actual Madden Ultimate Team management, players get a new look for the cards they collect.

The gallery below shows the new look for the best Madden 15 ultimate team players. If you want to see the what EA has to say about each player you can check out the Madden 15 news post.

This is the best Madden 15 Ultimate Team player.

For a quick look at the new Madden 15 Ultimate Team mode features you can watch the video below that highlights the players.

Players can use their Madden 15 Ultimate Team to take on the computer in special challenges, or to play online seasons against other players with similar skill levels. There is still a connected franchise, with big changes, but for users that enjoy the fun of Fantasy Football, Madden Ultimate Team offers a lot of appeal.

Madden 15 is available for the Xbox One, PS4, Xbox 360 and PS3. There is no Wii U version this year. Gamers can play early with EA Access, up to five days ahead of the full Madden release and the progress will carry over to the full release. A Madden 15 demo is very likely, but there is no confirmation from EA Sports yet.

The list above covers a look at the new Madden 15 features that should deliver a better gaming experience than Madden 25 did.