The best Madden 17 deals allow you to save $30 or more on the new Madden 17 game. You can save big without waiting for Black Friday.

There’s no need to go into the store for the best Madden 17 Black Friday deals on Thanksgiving Day or Black Friday. 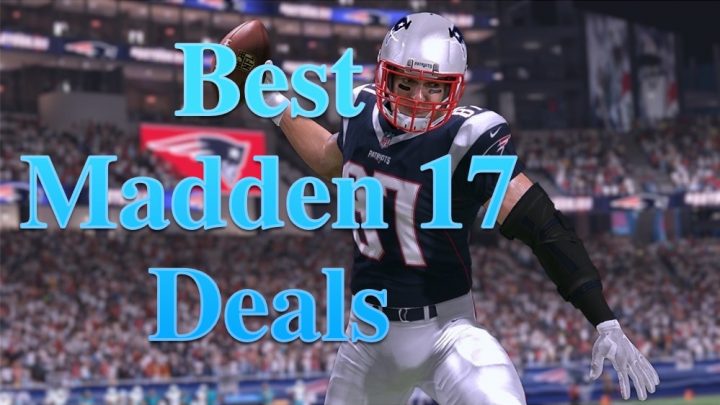 There are three versions of Madden 17 that you can buy, but only two that you can purchase on disk. Some users will prefer this option since it allows them to resell the game later, even for a small amount.

Here is a rundown of the best Madden 17 deals that you can score today, plus what you can get on Thanksgiving and Black Friday.

On Thanksgiving Day and Black Friday we will see many other Madden 17 deals that you may want to take advantage of. You can buy them in store and online.

You cannot stack Best Buy Gamers Club Unlocked on top of the Best Buy deals. We expect to see some digital deals and other deals appear soon.

If you are an EA Access member you can save 10% off the digital Madden 17 game on Xbox One. EA Access is $30 a year or $5 a month and includes access to the early Madden 17 release that will allow you to play five days before the general public.

This is good on the standard edition, Deluxe edition and Super Deluxe Edition. You can save up to $10 if you buy the highest end version that is digital only.