Nintendo’s video game consoles have been a sort of enigma this last decade or so. Whenever you hear someone discussing gaming in the living room, it’s always Sony and Microsoft that get mentioned the most, despite Nintendo’s Wii U gaming console launching a year ahead of everyone else. The Wii U’s final chapter hasn’t been written, it’s getting more popular these days. The Nintendo 3DS has mostly always been popular. It’s the only platform in mobile gaming besides smartphones.

With relatively slow Wii U sales and pretty high Nintendo 3DS sales, you might think that now would be a great time to be buying either console. After all, Microsoft started slashing the price on the Xbox One to boost purchases and included some free games too. Nintendo isn’t doing that. Instead, it and most retailers are sticking to the formula they already have and just offering a few perks. 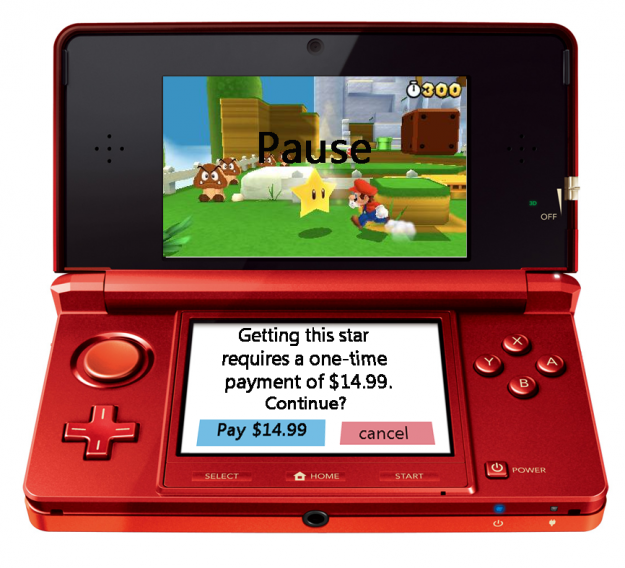 There aren’t a lot of Nintendo Wii U or Nintendo 3DS Black Friday 2014 Deals to be had.

One of the rare Nintendo 3DS deals doesn’t come from a traditional game retailer like GameStop or even Nintendo directly. Instead, it’s from Best Buy.

Best Buy is selling this Nintendo 3DS XL for $174.99. That’s $25 less if they’d been purchased separately. For that price Black Friday 2014 deal shoppers are getting a Blue and Black Nintendo 3DS XL plus a free copy of Mario Party World Tour. Normally, the game and the console together would cost $174.99.

Since introducing the Nintendo 3DS XL Nintendo has upgrade the model it sells to users abroad. That version is called the New Nintendo 3DS XL. A faster processor, new shoulder buttons, support for Amiibo figurines and an upgraded joystick are included in this version. Unfortunately, it’s not yet sold in the United States.

With Nintendo 3DS sales reasonably high, most thought that the next major upgrade to Nintendo’s handheld line would be a completely revolutionized handheld gaming console. Nintendo shocked everyone when it introduced the Nintendo 2DS, another unique handheld console that Target is offering this Black Friday for $99.

The Nintendo 2DS has all of the same features as its more expensive brother. That is except two key things. First it doesn’t fold in half for easy portability. Second, it doesn’t include the 3D technology that the 3DS does. It also offers less battery life.

What Nintendo 2DS buyers are getting at Target is a decent gaming machine that has a free copy of Yoshi Island included. Normally, a copy of Yoshi Island and an Nintendo 2DS would cost $129.99 separately. Black Friday 2014 deal hunters trying to get their hands on the Nintendo 2DS might want to show up to Target early. The company says that it only has limited quantities and it isn’t handing out rain checks like it normally does.

Finally, there’s Toys R Us’ Nintendo 3DS sale. For $179.99 users get the Nintendo in blue and black plus a copy of Mario Party Island Tour. Normally that’d cost $199. Toys R Us says only those who visit its retail stores will be able to pick up the bundle. As such, again you’ll want to show up early if you absolutely have to have the Nintendo 3DS XL on Black Friday.

All told, Nintendo 2DS and Nintendo 3DS Black Friday 2014 deal hunters aren’t getting anything close to the discounts that Xbox One and PS4 shoppers are getting this holiday season. No, these deals don’t suddenly make Nintendo’s mobile consoles more affordable than they were before. That being said, they do offer some slight savings for users looking to spend more money on different games than the ones included with the bundle or maybe an accessory or two.

Good luck with your Black Friday 2014 Deals hunting. Remember to show up early to track down any deals that you have your eye on. Most retailers are kicking off their Black Friday 2014 deals at midnight or even on Thanksgiving Day. That doesn’t give you a lot of time to play around with if Nintendo handhelds are a must have on your holiday shopping list.